Directed by Hany Abu-Asaad
This powerful film tells the desperation of Palestinians who feel that living under oppression is hell and that dying is preferable.

Is it possible that a film can do the near impossible and help us to understand, yes, even walk in the shoes of a Palestinian suicide bomber? None of us can possibly experience what the people who live on the West Bank have been through. But screenwriters Hany Abu-Assad and Bero Beyer and director Abu-Assad have come up with a riveting thriller about two Palestinian friends who have been chosen to perform a suicide bombing mission in Tel Aviv in forty-eight hours. Said (Kais Nashef) and Khaled (Ali Suliman) have known each other since childhood and work at the same garage as auto mechanics. The hot-tempered Khaled explodes against his boss when he is criticized and smashes the bumper of a client's car. He is fired. They climb a hill overlooking the West Back city of Nablus where they live and smoke a hookah. A young boy brings them some tea and when Khaled doesn’t give him a tip, he glares at him with a rage that might turn into a fist in the face one day.

Said is approached by Jamal (Amer Hlehel), who works for an unnamed guerilla organization and is told that he and Khaled have been selected for a suicide mission. They are willing to die as martyrs, which in their view is better than living as victims in the hellish occupation by Israel. There hasn't been a terrorist mission like this one for two years. Jamal spends the night with Said at his home. His sensitive mother (Hiam Abbass) knows in her heart that something has come over her son, but he refuses to tell her about what is going to happen. Said sneaks out at four in the morning to see Suha (Lubna Azabal), a well-to-do neighbor who grew up in France and Morocco.

The next morning, Said and Khaled are bathed, purified, and given a last meal with the famous leader of the guerilla group. The director shoots the group dining together as if it were the Last Supper. In one of the most poignant scenes in Paradise Now, Khalad stands before a man with a vidcam and offers his last testament holding a raised rifle in his left hand. But he has to repeat the whole process when the machine doesn't record the proceedings. By then members of the guerilla group are hungry and they munch on sandwiches as Khalad presents the reasons why he has chosen to become a martyr. As the two men sneak through a hole in the barbed-wire fence and enter Israeli territory, a group of soldiers arrive in a truck and block access to their Israeli collaborator. The two men flee and Said is separated from his friend with the bomb still attached to his body. A frantic search for him takes place as he ponders again the reasons that have brought him to take this drastic action.

In his powerful film Rana's Wedding, Hany Abu-Assad tells the story of a young Palestinian woman's quest to marry the man of her choice and not the one chosen by her father. The drama posits love as the only valid antidote to fear in a tense environment of anger, rage, and destruction. The closing scenes of the film beautifully reveal how a slender thread of hope can be nourished in the hearts of those who participate in the universal rituals that affirm life, renewal and meaning.

In Paradise Now, the ritual is one of death — which is seen by the two young Palestinian friends as a valid alternative to a life of subjugation and continued suffering and humiliation. Although there are references made to the Koran and to Muslim practices, Said and Khalad are not religious men. They are ready to lay down their lives for their country and that is all there is to it. Suha has strong feelings about the wrongness of suicide bombings. She does not believe that they accomplish anything: in fact, such terrorist acts worsen the situation for all Palestinians who are yearning for peace and freedom. Paradise Now challenges all of us to ponder in our hearts the meaning of the sacredness of life and the plight of those who are pushed so far into a corner that they actually are willing to die rather than to live any longer. 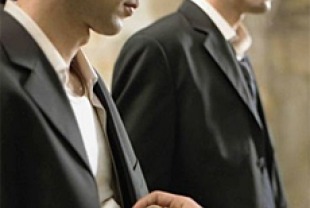 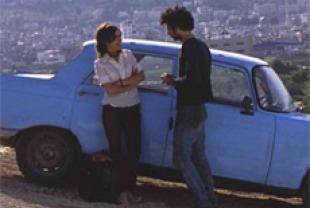 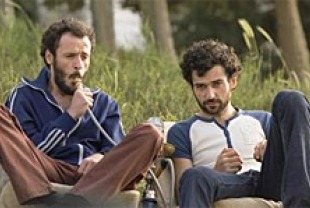