Directed by Steven Soderbergh
A low-key drama set in a working-class Midwest town that zeroes in on the dangers inherent in jealousy.

In Boundless Heart: The Four Immeasurables, Buddhist writer B. Alan Wallace writes: "Jealousy is a wicked little mutant, a very confused mental distortion. Hostility is pretty straightforward. It's basically deluded, and there's nothing strange about that. Even attachment is straightforward. But jealousy is a weird mixture of hostility and attachment together… Jealousy punches with one hand and pulls with the other simultaneously."

In this unpretentious film directed by Steven Soderbergh (Ocean's Eleven), the setting is a small Ohio town and a doll factory where three of the main characters work. Martha (Debbie Doebereiner) is a lonely red-haired woman who spends nearly all her spare time looking after her aging father (Omar Cowan). She has worked at the dolls factory for many years. Her only delight is lunch-time conversations with Kyle (Dustin Ashley), a teenager who also works there. One day, Martha impulsively takes a picture of him. All she wants is a token of their friendship, but he seems embarrassed. Martha tries to make herself useful and drives him to his second job.

Needing some extra help on a big project, the boss hires Rose (Misty Wilkins), who immediately takes a shine to Kyle. Martha senses a competitor for Kyle's attention, and when Rose and Kyle go to another room to talk and smoke together after lunch, she is very jealous. One day Martha accompanies Rose on another job she has, cleaning a rich person's house. Martha is awestruck at the size and the grandeur of the place. But imagine her surprise when she finds Rose in the bathtub resting while she is supposed to be cleaning. Martha is very troubled by this rebel who doesn't abide by the commonplace rules set down by society.

When Rose asks Martha to baby sit her two year old daughter while she goes on a date, Martha agrees — but is stunned when the date turns out to be Kyle. Rose and Kyle go out for a drink and then back to Kyle's place (where he lives with his TV addicted mother, played by Laurie Lee). Rose tells him that she ran away from home when she was fifteen and has been free as the breeze ever since.

When Rose gets back to her apartment, her jealous boyfriend Jake (K. Smith) shows up and they argue violently in front of a startled Martha, who just sits on a couch taking it in. Rose finally manages to get him out the door. The next morning she is found strangled to death in her apartment. The two chief suspects are Jake and Martha, who were the last ones seen with her. One thing is clear, jealousy was "the wicked little mutant" that took over the consciousness of the killer.

The tidy screenplay by Coleman Hough keeps things humming along at a nice clip and lets us see the emotions that percolate in each character as they begin a dance that leads to murder. There is no end to the troubles brought into human relationships by jealousy, and this low-key drama speaks volumes about the dangers that emanate from this strange brew of hostility and attachment. 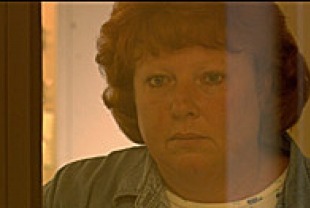 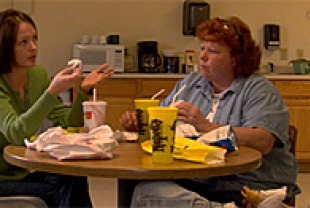 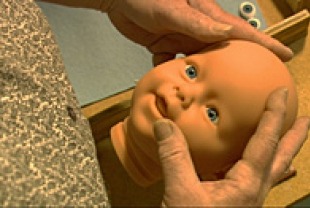