Directed by Lars von Triers
A morally provocative meditation on race in America and the troubles that can come when democracy and freedom are crammed down the throats of others.

In this second installment of his criticism of American history, Lars von Trier follows Dogville (2003) with an examination of race relations and the force-feeding of freedom and democracy from above. Many have been highly critical of this innovative European director's incisive commentary on the American way and its inherent violence. That motif, which ended Dogville, is inherent in the opening of Manderlay, as Grace (Bryce Dallas Howard, replacing Nicole Kidman) journeys with her gangster father (Willem Dafoe, replacing James Caan) and his entourage of assorted thugs. While passing through a nondescript Alabama town in 1933, a black woman emerges from a plantation called Manderlay and asks for some help. Behind the gates of this run-down place, slavery is still practiced even though it was abolished seventy years ago. One of the first sights Grace sees is a young black man being whipped by a white overseer. She is morally outraged that this could happen, and when she meets the plantation's matriarch Mam (Lauren Bacall), she shows no mercy to her even though she is dying. Grace believes that she can turn things around for the members of this black community, so she convinces her father to leave her four armed men and his lawyer (to handle legal matters which may arise under her benevolent reign). He tells her this is a "local matter," that she is living in a fantasy world, and that she will never be able to save these people.

Following the death of Mam, Grace declares that everyone is free (except the whites who worked there). But instead of leaping at the chance to better themselves, the former slaves ignore work in the cotton fields and don't even repair their own run-down houses. Grace becomes their cheer-leader, lecturing them on the benefits of freedom and the necessity to take responsibility for their own welfare. But when they chop down some trees that used to provide a barricade against dust storms, one rolls in and severely damages the crops. Many of the blacks return to the old practice of eating dirt in order to stave off starvation. But Grace is buoyed when the community rallies under Timothy (Isaach de Bankole), a born leader. The three dramatic turning points revolve around Grace's choice to enforce community decisions by majority vote, her uneasy relationship with Timothy (which is complicated by her lust for sex with him), and the importance of a secret book called Mam's Law, which outlines the ways to handle different types of blacks according to their character and attitudes.

Lars von Trier's Manderlay is even more relevant to the times in which we live than Dogville was. Although Grace wants to plant the seeds of democracy in the community, her patronizing view of the former slaves only earns their distrust. When things go awry after the dust storm and a little girl dies because an old woman steals the food she needed to survive, Grace returns to her old ways and uses violence to solve a problem. After all, freedom is not possible without guns. Just after Grace clings to the hope that she has changed the lives of these former slaves and proclaims them "graduate Americans," Wilhelm (Danny Glover) surprises her with several truths. Speaking for his people, he says: "America was not ready to welcome us Negroes as equals seventy years ago and it still ain't — and the way things are goin' it won't be in a hundred years from now! I fear the humiliations this country has up its sleeve for us free colored folks will surpass everybody's imagination." The race issue in America does not get covered very much in Hollywood movies. The exception is Crash, one of the best movies of 2005. Now we have Manderlay to ponder while we wait for von Trier's final work in his U.S. trilogy. 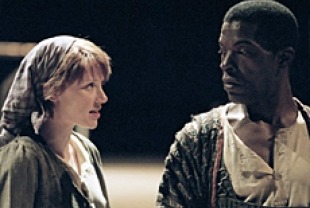 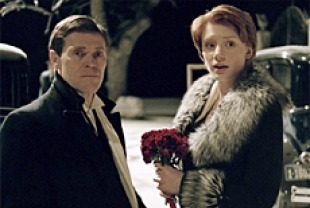 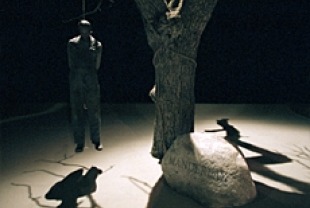