Directed by Hong Sangsoo
A fluid Korean film about the interplay between movies and life.

Sangwon (Lee Kiwoo) is an indecisive and immature young man. When his brother invites him to take a hike, he is unable to express his true feelings and tell him that he has no interest in being with him. Then on the street, he spies Yeong-shil (Eom Ji-weon) in a shop and realizes that they haven't seen each other for two years. After going out together for a drink, they wind up having sex. The bewildered young man turns out to be impotent, and tells Yeong-shil that he wants to commit suicide. Much to his surprise, she says that she is willing to accompany him in this definitive act. They purchase sleeping pills in several different stores and then take the plunge together. But she wakes up in the middle of the night and calls Sangwon's parents. His father takes him to the hospital. When later faced by his parents and brother, Sangwon blames all of his problems on never being able to communicate with his mother.

In the second part of this well-staged drama written and directed by South Korean Hong Sang-soo, Tong-su (Ki Sang-gyeong) watches a screening of a short film by Yi Hyong Su. He is a filmmaker himself. On the streets, he bumps into an old buddy and goes to lunch with him and his wife and two kids. Tsong-su comes across as a socially inept person. Then he encounters Yongsil, the actress who starred in the film he just saw. He tells her that Yi based the short film on his life; when he was a confused youth, he tried to commit suicide. In order to remake the past, Tsong-su wants to go to bed with the actress. He becomes convinced that he is in love with her.

There is a fluidity to this cinematic exploration of the interplay between art and life and the danger inherent to those who mistake the images on the screen for reality. 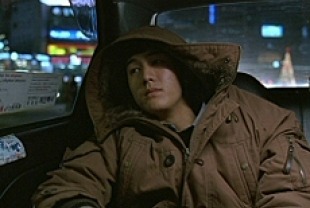 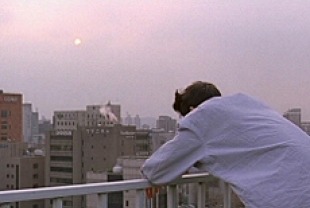