Directed by David Siegel, Scott McGehee
An engrossing family drama about the destructiveness of spiritual pride and the healing power of selfless love.

Saul (Richard Gere), a charismatic religious studies professor, thinks he's a pretty good husband and a father. He regularly cooks meals and has bonded with his teenage son Aaron (Max Minghella) in a way that enables them to play violin and cello duets as a form of entertainment and intimacy. But despite the surface calm in their California home, there are oversights and problems. Saul's wife Miriam (Juliette Binoche), a career scientist, seems distant and preoccupied.

When Saul's daughter Eliza (Flora Cross) is chosen to participate in a spelling bee at her school, her father doesn't see the invitation in his messy office. She thinks he doesn't care. Aaron attends in his place and is impressed with her talent. When Saul finds out that he missed her victory, he feels embarrassed. So he decides to take some time off to personally coach Eliza.

Suddenly Aaron finds himself shoved to the sidelines as the little celebrity in the family is now the apple of their father's eye. While sitting in the park one day, Aaron meets Chali (Kate Bosworth), a Hari Krishna practitioner who invites him to participate in their services.

Meanwhile, Miriam is in the midst of a mental breakdown triggered by the trauma induced years ago by the tragic death of her parents. She has grabbed on to an image from Saul's talk about Judaism and creatively fashioned her own sanctuary in the midst of her isolation and depression.

Bee Season is an erudite and engrossing film directed by Scott McGehee and David Siegel (Deep End). It is based on the 2000 best-selling novel by Myla Goldberg, and has been adapted for the screen by Naomi Foner Gyllenhaal (Running on Empty).

The great Buddhist teacher Chogyam Trungpa came up with the term "spiritual materialism" to describe the process where human beings are able take noble ideals and spiritual practices and convert them to the purposes of the ego. That is exactly what happens to Saul in this family drama. When he discovers that Eliza has a special affinity for words, his spirit takes a gigantic leap forward. He believes that she can become his student and perhaps even surpass him in drawing close to the ear of God. Saul shares with her the basic principles of Kabbalah, a form of Jewish mysticism filled with marvelous insights into the mysteries of life and communion with God: "You know, many cultures believe that letters are an expression of a kind of special spiritual energy: that when they combine to make words they hold all the secrets of the universe."

Saul makes a decision to tutor her in some arcane practices designed by the 13th century Kabbalah scholar Abraham Abulafia to bring human beings closer to God but also to enable them to hear the voice of God. All of his life Saul has tried to make these practices work for him, but to no avail. Perhaps Eliza, who has a special connection with the alphabet and words, can achieve what was beyond him. Although Saul knows that these exercises are dangerous, he is willing to risk his daughter's safety for the spiritual pay-off of being in on something awesome.

The sixteenth century Rabbi Isaac Luria once wrote: "When God made the world He planned to put sparks of light into everything. The holy light was stored in vessels, but it was so strong that the vessels broke into millions of pieces. People were created to find the shards and bring them together to restore the vessels, thereby "repairing the world." Although Saul's large ego and his need to dominate everyone causes much anguish in his loved ones, he remains a believer in the power of tikkun olam to set things aright. The way this works itself out in this family is a surprise to him and an indication of the mysterious ways of grace. 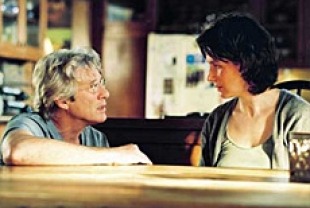 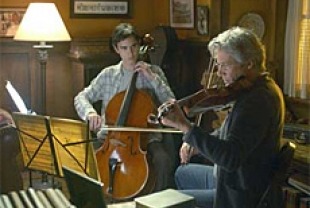 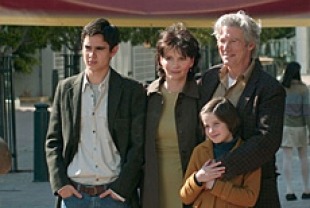