Directed by Rob Collins
A 2003 interview with Protestant minister and prolific writer Frederick Buechner about things that matter to him -- listening to God, faith, grace, laughter, and paying attention.

Frederick Buechner is an ordained Presbyterian minister and the author of over thirty books. In novels, memoirs, sermons, and theological works, he has revealed the importance of experience, story, and imagination in the Christian faith. Being open to all the wild possibilities and listening to your own life for intimations of grace are two themes which appear again and again in his writings. On this DVD, director Rob Collins and Molly Collins spend some time with Buechner at his home. He is dressed casually in Bermuda shorts and holding a soda in his hand as he fields questions on a variety of topics. The fact that the interview takes place on March 20, 2003, the first day of the war in Iraq, provides a serious counterpoint to what is said.

For Buechner, the preposterousness of Christianity lies in the fact that the world is drenched in darkness, tragedy, death, and destruction — yet believers continue to cling to the faith that God makes all things right. In his responses to questions about 9/11 and the tragedy he faced when his daughter was near death from anorexia, the author points out that Christians cannot spout simple answers in such situations but only trust in God's loving presence.

Buechner shares a few formidable moments from the story of his life, including the time a sermon by George Buttrick brought tears to his eyes and turned his life around, leading him into the ministry. The phrase that changed everything was a reference to "the great laughter" that is one of the many secrets of the Christian experience. Buechner's answer to questions about the importance of the Bible, the meaning of Christ's resurrection, and the nature of his prayer life are masterful in their indirection. He refuses to respond in traditional ways. One of the best moments is when the author reveals that he cannot believe that Christianity is the only path to God. He has little respect for believers who have tried to imprison faith in dogma or for preachers who trivialize Jesus by selling him on television. This engaging documentary ends with the following passage read by Buechner from Beyond Words:

"They say that whenever the great Protestant theologian Paul Tillich went to the beach, he would pile up a mound of sand and sit on it gazing out at the ocean with tears running down his cheeks. One wonders what there was about it that moved him so. The beauty and the power of it? The inexpressible mystery of it? The futility of all those waves endlessly flowing in and ebbing out again? The sense that it was out of the ocean that life originally came and that when life finally ends, it is the ocean that will still remain? Who knows?

"In theology Tillich avoided using the word God because it seemed to him too small, denoting only another being among other beings. He preferred to speak instead of the Ground of Being, of God as that which makes being itself possible, as that because of which existence itself exists. His critics complain that he is being much too metaphysical. They say they can't imagine praying to anything so abstract and remote.

"Maybe it was when he looked at the ocean that he caught a glimpse of the One he was praying to. Maybe what made him weep was how vast and overwhelming it was and yet at the same time a near as the breath of it in his nostrils, as salty as his own tears." 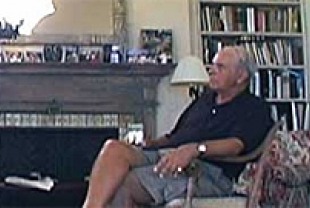