There's Something about Mary

Ted Peloquin (Ben Stiller) is a sad sack nerd in high school who is bedazzled by Mary (Cameron Diaz), the most desirous girl in the class. After he defends her mentally retarded brother in a fight, she asks him to the senior prom. However, on the biggest night of his life, a "zipper incident" ruins everything.

Years later, Ted hires a private detective, Pat Healy (Matt Dillon), to find Mary. This pathological liar is so swept away by her that he moves to Miami to court her. Of course, there's also another suitor (Lee Evans) who's worked his way into her confidence. When Ted drives to Miami with his best friend (Chris Elliott) to reconnect with Mary, he uncorks a nonstop series of outrageously funny incidents.

The Farrelly brothers direct this over-the-top comedy about the crazy course of infatuation and the always unpredictable games of sexual politics. 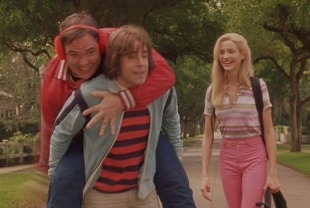 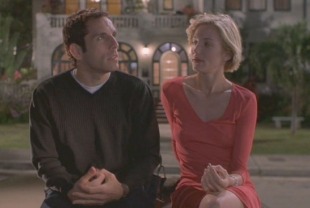