Directed by Bob Hercules, Cheri Pugh
A thought-provoking documentary about the difficulty people have with the spiritual practice of forgiveness.

Ten year olds Eva and Miriam survived nearly a year of infamous medical experiments on twins conducted by the Nazi geneticist Josef Mengele at Auschwitz. Eva was given a serum designed to kill her within two weeks but knowing that if she did not live, her sister would be murdered, she willed herself to endure and she did. These two Jews survived but the rest of their family died in the concentration camps. Now a real estate broker in Terre Haute, Indiana, Eva Kor is an energetic woman who, as her grown daughter and son point out, is nonhesitant, a person who acts on her ideas and lives passionately. When her sister Miriam developed kidney problems, she gave her one of her own, and yet Miriam died in 1993 of complications from the injections she received in the concentration camp.

This sad event compels Eva to travel to Bavaria to meet with Dr. Hans Munch, a SS physician who saved many lives during the war but still feels a huge burden of guilt about what he did to Jews. He has no information to share about Dr. Mengele's experiments since they were all conducted in secret. Eva is quite moved by her meeting with Munch and invites him to attend the 50th anniversary of the liberation of Auschwitz in 1995. In a public gathering, she declares her forgiveness of him and all Nazis, including Dr. Mengele.

Eva's idea of self-healing through forgiveness works for her but is shunned and viewed as inappropriate by many other Holocaust survivors. She explains: "Forgive your worst enemy — it will heal your soul and set you free." It is remarkable to see how others who suffered in the concentration camps are vehemently opposed to any forgiveness of the Nazis. Some refuse to release themselves from the pain they feel and see reconciliation as cheap grace. Others require some demonstration of a change of heart or atonement by the guilty party before they can ever forgive.

Eva takes her forgiveness campaign to schools as a lecturer and historian and tells students not to be victims. In 1995, she opens a Holocaust Museum in her hometown which is well-attended. But Eva's humanity shows through in a meeting with six Palestinians in the West Bank where she is thoroughly uncomfortable as they share their stories of suffering and pain at the hands of Israelis.

Filmmakers Bob Hercules and Cheri Pug have made a thought-provoking documentary about the difficulty people have with the spiritual practice of forgiveness. Eva Kor is a fascinating woman to watch as she works on her own inner pain and tries to show others the path to true freedom from imprisonment in the past. Her energy is incredible: when an arsonist burns down her Holocaust museum, she makes sure that it is up and running in only a short period of time. 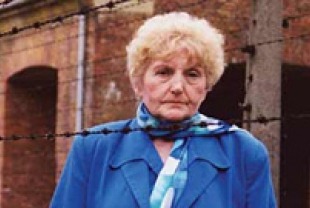