Directed by Susan Bier
A substantive film about an idealistic Danish aid worker who is forced to stretch his own capacities for love and compassion.

Susan Bier is a Danish director who takes on thorny ethical issues that other less daring filmmakers would not touch with a ten-foot pole. In Open Hearts, she focused on the idea that the strangers we meet can alter our lives in ways beyond our imagining. In Brothers, she tackled an even more complex theme in a primal tale about sibling rivalry and the toxins of violence that can be released in soldiers. Once again with After the Wedding, she does not shy away from difficulty. This film focuses on secrets, the genuine struggles of the rich, and the desperate plight of orphan children in India. From the opening scene in India where poverty stricken children are pushing and shoving each other to grab bowls of rice being distributed from the back of the truck to the closing scene at an orphanage in Bombay, this drama zeroes in on the many different shades of compassion in a world filled with suffering, loss, and surprise.

Jacob (Mads Mikkelsen) is an idealistic Danish aid worker in Bombay who runs an under-financed orphanage serving about 50 kids. He is irritated when Mrs. Shaw, the administrator, tells him that he has been ordered to attend a meeting in Copenhagen with a wealthy businessman named Jorgen (Rolf Lasgard) who wants to give his project a large gift. Jacob is sad because he has to leave behind all the boys, especially Pramad, whom he has looked after for seven years and whose eighth birthday is coming up. In Copenhagen, the aid worker is given a suite in a fancy hotel that clearly makes him feel uncomfortable with all its technological conveniences. The meeting with Jorgen goes fairly well, although the successful businessman does not seem to be keenly interested in the reports he has prepared for the meeting. He invites Jacob to attend the weekend wedding of his daughter Anna (Stine Fischer Christensen).

Jacob is unprepared for what takes place at the gathering. (We're going to have to reveal a couple of the secrets here, to make the rest of this review make sense — but there are plenty of others.) First, he discovers that Jorgen's wife Helene (Sidse Babett Knudsen) is his former lover from 20 years ago, and second, he is Anna's birth father. The mystery is why the businessman has brought him to Copenhagen and what surprises he has in store for him. Even more surprises tumble down on Anna shortly after the wedding.

Jorgen' secret unhinges both his wife and Anna and leaves Jacob with a very difficult decision to make about the grant, which leaps from $4 million dollars to $12 million dollars, enough to feed 65,000 children in India every year. Behind this decision is the real challenge: can he be as compassionate for the plight of Jorgen and his family as he is for Pramad and the boys under his care in India? Can this idealist take into his heart the suffering of three rich individuals and give up his planned future?

One of the trickiest things about the spiritual practice of compassion is that we must follow it wherever it leads. Buddhist teacher Pema Chodron has wisely observed: "True compassion does not come from wanting to help out those less fortunate than ourselves but from realizing our true kinship with all beings." Well said and depicted vividly in the closing events of After the Wedding. 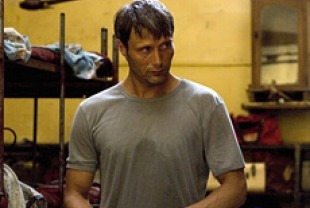 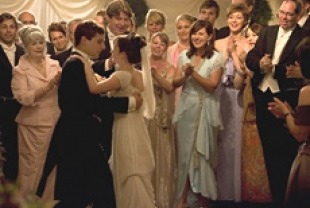 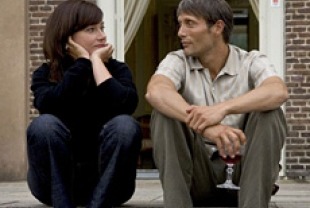 R - some language, scene of sexuality