Red Stevens (James Garner), a self-made billionaire, has passed away and his relatives and lawyers gather in a board room to hear his partner Ted Hamilton (Bill Cobbs) and executor of the estate read the will. Many of them are disappointed, and others feel that they have been cheated. Before he died, Red made a video of himself speaking directly to Jason Stevens (Drew Fuller), a privileged young man who is the black sheep of the family. He has lived off a trust fund and spent most of his days as a hedonist, doing whatever he wanted. Red has other plans for him: if he wants his inheritance he must fulfill a series of 12 challenges designed to help him clarify what is most important in his life. Ted will judge whether Jason passes each test or not.

The first task is to come to appreciate the gift of work. This is a hard one since this "trust fund baby" has had everything handed to him on a platter. Jason travels to Texas where Gus (Brian Dennehy), a rancher friend of Red's, takes him to a corner of his property and leaves him alone to build a barbed-wire fence. After some initial squirming and fretting, Jason gets the hang of the work and in a month's time has passed the first test.

The second challenge involves making due without money: his credit cards, penthouse, and car are taken away. The third challenge is to learn the meaning of the gift of friendship. Jason struggles with this one but is fortunate enough to meet ten-year-old Emily (Abigail Breslin), a spunky and imaginative little girl who is dying of leukemia. She and her single mother Alexia (Ali Hillis) are burdened with many problems but are willing to help Jason out.

As he proceeds on the journey that his grandfather has designed, this self-centered young man begins to slowly open his heart to others. He benefits from the gifts of learning and solving problems but is most stunned by the gift of family. This involves a trip to Ecuador where his father died mysteriously.

The Ultimate Gift is based on a self-published book by Jim Stovall that has sold three million copies. This parabolic film directed by Michael Sajbel depicts the spiritual transformation of a self-absorbed individual. The 12 gifts enable him to become a more loving, compassionate, hospitable, generous, and kind human being. Although Drew Fuller is the focus of the drama, the emotional vibrancy is delivered by Abigail Breslin, who proves that her Academy Award-nominated performance in Little Miss Sunshine was no fluke. With the smallest gesture or changes in her voice, she conveys the soulfulness of a pint-sized spiritual teacher who plays a crucial role in changing Jason's way of life. In these times when the gap between the rich and the poor is widening, it is good to be reminded that true wealth is giving to others and not looking to satisfy our own needs.

The Ultimate Gift is not as good as Pay It Forward but it does in its own didactic way affirm the high value of the spiritual practice of generosity. 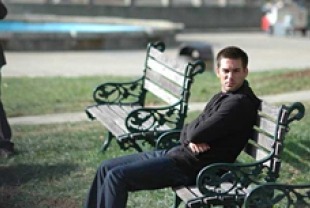 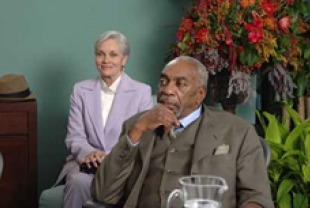 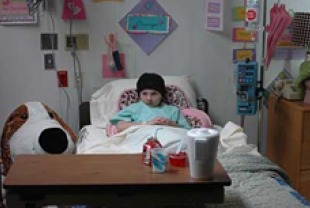 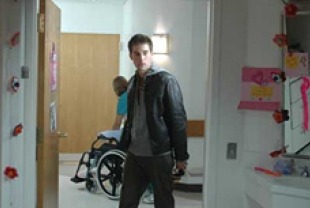