Directed by Peter Hedges
A smart and sassy romantic comedy about two people who are surprised by love and forced to navigate its tricky waters in a large extended family setting.

Falling in love is an experience filled with surprises. You never know what to expect, and things never go quite as you had planned. Dan Burns (Steve Carell) is a family-advice columnist and widowed father of three daughters. He is still reeling from the death of his wife four years ago. His coping strategy is to set up a series of strict rules for himself and his girls. Of course, it helps to be able to use some of this material in his column.

Dan and the kids arrive for an annual fall weekend with his large extended family at the home of his parents (John Mahoney and Dianne Wiest). Seeing that he is frazzled from the trip, his mother wisely suggests that he take some time off for himself and go into town to get the newspapers. Dan stops in a bookshop and meets Marie (Juliette Binoche), a beautiful, well-traveled, and articulate woman who rings all his bells and more. Best of all, she is totally fascinated by him. They go for tea, and he ends up telling her the story of his complicated life. She is a sensitive listener who laughs and cries at all the right places. Time flies and Marie has to leave. Dan goes home and admits to all within hearing distance that he's met someone. His brother Mitch (Dane Cook) then introduces his new girl friend to the family. It is none other than Marie.

Peter Hedges is a screenplay writer and director who consistently delivers emotionally rich films about credible characters we can identify with and care about. We loved the quirky people in What's Eating Gilbert Grape, the very funny friends and lovers in About a Boy, and the dysfunctional family in Pieces of April. Hedges directs this comedy from a screenplay he co-wrote with Pierce Gardner.

Dan is a serious man who finds himself in a situation that he is totally ill-equipped to handle. On the one hand, he is falling in love with Marie and on the other hand, he doesn't want to steal her from his brother. Dan also is in the midst of a major battle with his teenage daughter Cara (Brittany Robertson) who is being romanced by a handsome young boy. He frowns upon the way she has caved in to reckless desire, convinced that she can be totally in love in just three days, but now he finds himself in the identical situation with Marie. Dan's obsession leads him to ignore the needs of his other two daughters. Jane (Allison Pill) wants to use her new driver's license, but he's reluctant to let her take the steering wheel. And Lilly (Marlene Lawston), a fourth-grader, has made a gift for her dad but when she asks him to come see it, he tells her he'll come later, and then he forgets. The girls seem to agree that he might be a good father as an authority figure, but he's a lousy dad.

It is hard for Dan to keep a secret, and the other members of the clan begin to wonder what is wrong with him. In a very funny sequence, he goes out on a date arranged by his mother with Ruthie Draper (Emily Blunt) with Marie and Mitch joining them. Jealousy is often a last resort ploy of those caught up in a love that defies all logic and reason. The most emotionally touching sequence involves Dan joining his brother in a family talent show rendering of Peter Townshend's "Let My Love Open the Door." It is a perfect metaphor for what needs to happen with Dan and Marie. Come to think of it, love's the only thing that can set any of us free! 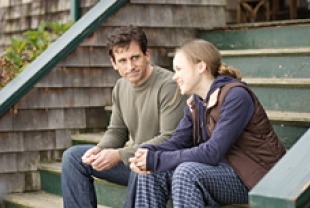 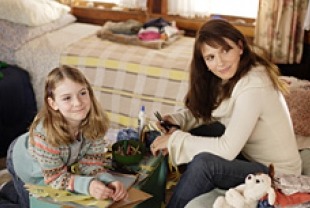 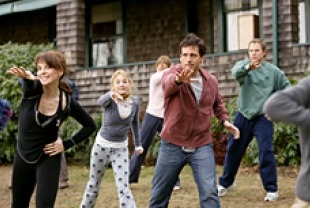 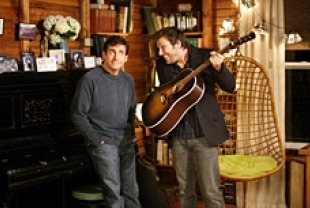