Directed by Noam Murro
Illustrates how the difficult people in our lives can teach us a thing or two about intimate relationships.

Lawrence Wetherhold (Dennis Quaid) is a burnt-out English literature teacher at Pittsburgh's Carnegie Mellon. A book he's written has been turned down by a slew of academic publishers, and he has no interest in his students. When a foolish accident sends him to the hospital with a head injury, Lawrence comes under the care of ER chief Dr. Janet Hartigan (Sarah Jessica Parker). She was once one of his students and even had a crush on him. But, of course, he doesn't remember her.

Told that he can't drive for six months, the professor is forced to rely upon his adoptive brother Chuck (Thomas Haden Church), who is unemployed and viewed by all as a loser and a misfit. Since Lawrence is so self-absorbed, he doesn't spend much time with either one of his children. James (Ashton Holmes) has retreated to a dorm on campus and doesn't even tell his father he writes poetry until one of his poems is accepted by The New Yorker.

His younger sister Vanessa (Ellen Page) is a very smart girl whose sharp tongue has isolated her from others. She sees herself as her father's surrogate wife (her mom died years ago and Lawrence still has a closet full of her clothes) and cheerleader for his ideas and plans. Vanessa misinterprets Chuck's interest in her as something sexual when he gets her stoned and drunk. Actually, he has no interest in seducing her: his intention is to loosen her up and help her relax and enjoy herself.

Noam Murro directs this amiable comedy which is filled with totally dysfunctional people who have trouble navigating their emotions especially in the context of family life and intimate relationships. We all know difficult people who press our buttons and pester us with their oddness. Chuck is that kind of character for Lawrence. But he's the one who wakes his brother up to the high cost of living in his head rather than living from the heart. He is not particularly smart or adept at getting along with others, but he is definitely the happiest person in the story. And when Lawrence starts an intimate relationship with Janet, he is the one who cheers him on and gives him just the right words to utter.

Don't be so quick to exclude difficult people from your life. They might just be the spiritual teacher who has been sent to catalyze some transformation that you couldn't accomplish on your own. 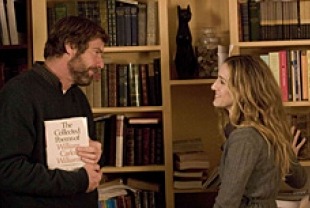 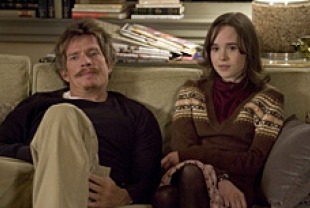 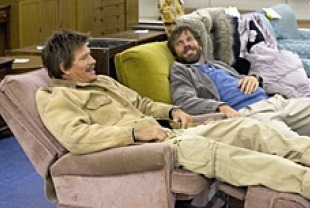 R - language, brief teen drug and alcohol use, some sexuality