Directed by Seth Gordon
A hilarious comedy about the stress, the embarrassments, the squabbling, and the lessons learned on visits to our families during the holidays.

Brad (Vince Vaughn) and Kate (Reese Witherspoon) have been together for three years and take great pride in the fact that they are not imprisoned in the restrictions of marriage. For example, they don't have to visit relatives at Christmas. Instead of going to see their divorced parents, their siblings, and their siblings' spouses and children, Brad and Kate plan a relaxing and fun-filled vacation in the sun, telling everybody they are off volunteering in the Third World. This year they are set to take off for Fiji when all the flights are cancelled at the San Francisco airport on account of fog. To make matters worse, they are caught on camera by a local news crew, making their presence in the city known to their families. Now they have to celebrate four Christmases in one day.

The first stop is to see Howard (Robert Duvall), Brad's divorced father. Also there are Brad's big brothers Denver (Jon Favreau) and Dallas (Tim McGraw) who are big fans of Ultimate Fighting and have no qualms about roughing their brother up. Chaos descends upon the house when Brad attempts to install his gift to his dad, a satellite dish, on the roof. Meanwhile in the kitchen, Kate chats with Denver's pregnant wife Susan (Katy Mixon) and struggles when she is forced to hold their screaming kid.

The next stop is a visit with Kate's mother Marilyn (Mary Steenburgen) whose latest boyfriend is Pastor Phil (Dwight Yoakam). Before going to church, Brad is given a tour of Kate's dysfunctional childhood which is catalogued in the family's photo albums. Her sister Courtney (Kristin Chenoweth) takes great pleasure in pointing out what a loser Kate was as a youngster. At the church, Brad and Kate find themselves cast as Joseph and Mary in a Christmas pageant that turns out to be quite untraditional.

The third Christmas is spent with Brad's mother Paula (Sissy Spacek) who is living with her son's former high school buddy Darryl (Patrick Van Horn). In a game of Taboo, Brad and Kate prove that their communication skills with each other are quite poor. The final stop is a short visit where Kate has a heart-to-heart conversation with her father Creighton (Jon Voight).

Seth Gordon directs this hilarious comedy which hits the mark with its wry depiction of how family members can push our buttons and drive us crazy with stories about our past failures and embarrassments. On their journey together, Brad and Kate realize they haven’t been totally honest with each other and vow to change their ways. Visiting with their divorced parents, competitive siblings, and out-of-control nephews and nieces enables them to become more tolerant of their foibles and vulnerabilities as well as their own unexpressed yearnings. 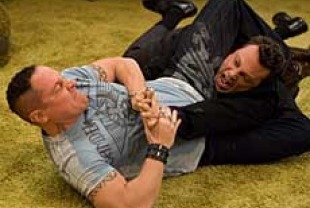 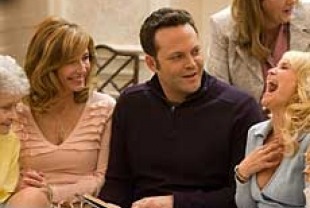 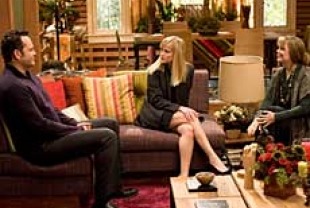 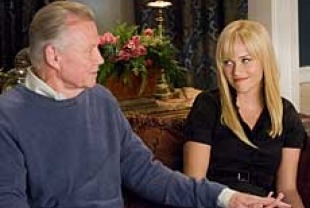