Directed by Michael Landon Jr.
A family drama, based on the popular children’s book, about how loving makes us real.

This family drama was inspired by Margery Williams's 1922 children’s book The Velveteen Rabbit which has been very popular through the decades. The movie directed by Michael Landon Jr. is a mix of live-action and animation. Toby (Matthew Harbour) and his emotionally distant father (Kevin Jubinville) have not been doing very well since the death of the boy's mother. Dad is a workaholic and can't find time to spend with Toby over Christmas so he dumps him with his elderly mother Ellen (Una Kay). She is a wealthy woman who is not used to having a child around.

Forced to entertain himself, the boy discovers an attic which turns out to be a magical place for him, as it once was for his father. There Toby finds a gift in a box for him from his mother — a stuffed rabbit (voiced by Chandler Wakefield). To his surprise, this toy comes alive and through the power of his imagination, they are soon exploring a magical world of multiple delights including a nifty tree house and a pond. Toby even finds the self-confidence to fly. He meets two other playthings: Horse (Tom Skerrit) and Swan (Ellen Burstyn).

This version of The Velveteen Rabbit pays tribute to the power of the imagination to carry us through rough patches in our lives. Toby's loneliness is palpable and his connection with Rabbit believable. His playfulness opens up his grandmother's life when they bond together on an adventure which involves her driving a car for the first time. When Toby comes down with scarlet fever, his father returns for Christmas, and his presence is a solace to the boy. Meanwhile, Rabbit longs to be real like the wild rabbits he sees around the house. In this fine story for the whole family, everybody eventually learns that loving is what makes us real.

Special DVD features include interviews with the cast and deleted scenes. 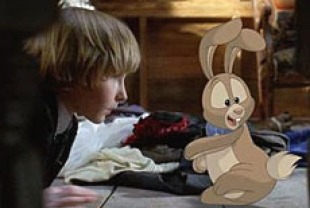 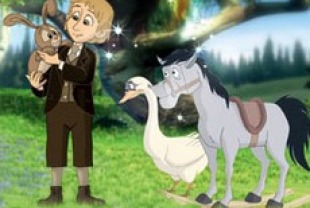