Directed by Nina Paley
An animated film about the heartbreaks of a Hindu goddess and a contemporary woman who share the sadness accompanying a romantic breakup.

In The Wisdom of a Broken Heart, Susan Piver writes: "Heartbreak presents a very important choice: you can either open to it and allow it to soften and strengthen you, or you can fight it tooth and nail and turn away from it, which is tantamount to giving it permission to harden your heart. There really are no other choices. Far more than mere fodder for movies and pop songs, a broken heart is a dark night of the soul, let there be no doubt about it."

Nina Paley, a syndicated comic-strip artist, has taken three thematic elements and woven them together in a bright, colorful 2-D animated feature about heartbreak. The first element is the Indian myth The Ramayana about Sita, a goddess who is betrayed by the one she loves. This Hindu classic is told and interpreted by three witty Indonesian shadow puppets who play the role of a Greek chorus. The second element is songs from the 1920s jazz vocals of Annette Hanshaw which convey the sadness, disappointment, and anguish of Sita's lost love. And the third element is a contemporary tale of a couple in San Francisco and the dissolution of their intimate relationship. Combined together these elements create a very unusual meditation on the pain of breakup.

Sita (voiced by Reena Shah) is a beautiful goddess who marries Rama (Debargo Sanyal), the heroic prince who is exiled for 14 years by his father. As a loyal and devoted wife, Sita accompanies Rama. But when she is kidnapped by the many-headed King Ravana (Sanjiv Jhaveri) from Sri Lanka, Rama must rescue her by fighting off a band of demons. He thinks she has been unfaithful to him and so she has to walk through flames to prove her purity. Sita's unjust plight is achingly charted by the vocal renditions of Annette Hanshaw and commented upon by three Indonesia shadow puppets who provide comic relief as they try to sort out all the gods and goddesses and their significance.

The filmmaker Paley inserts herself into the story as a woman living in San Francisco with her lover Dave and their cat. When he takes a job in India, she misses him. The work assignment is extended, and Nina goes to India for a visit but she is ignored by her husband. Then she is notified by an email that he no longer loves her.

A sisterhood of sadness links Sita, Nina, and all others who have experienced devastating heartbreak. We feel for them. But we also sense from the film there is may be a hopeful side to all this. The buoyancy of the storytelling through cutouts, collages, hand-painted watercolors and photographs, along with some lilting Indian music, can't help but lift our spirits. 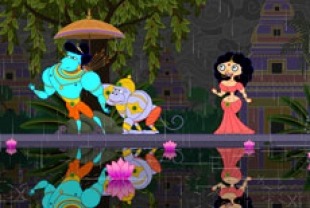 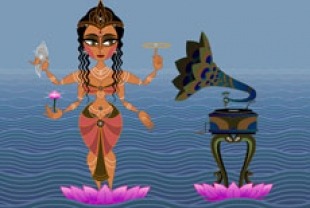 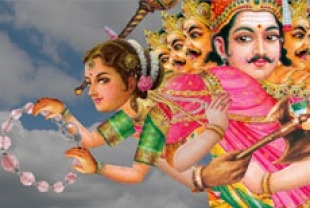