Fire on the Mountain

Directed by David Cherniack
Reveals the need for unity and cooperation between the world-wide community of shamans.

This 106-minute documentary by David Cherniack is set at the Karma Ling Institute, a Buddhist center in the French Alps that at one time was a monastery and before that a Celtic ritual site. In 1997, shamans, medicine people, and tribal elders representing indigenous cultures from five continents gathered to share their rituals and concerns. The meeting culminates with an interfaith ceremony with the Dalai Lama.

As these indigenous spiritual leaders demonstrate their rituals of purification, unity, and renewal, they realize how much they have in common. Shamans from the Amazon and Siberia, tribal leaders from the United States and Canada, an aboriginal from Australia and a Voudounist from Benin all demonstrate a loving respect for the natural world. Some of them talk about suffering persecution while others share their belief in the importance of dreams as a vehicle for Spirit. They agree that the old tribal ways must be preserved for future generations.

The Dalai Lama salutes these indigenous spiritual leaders for their care of the earth and characterizes them as teachers for us all. This is a noteworthy documentary that celebrates the need for unity and cooperation between all those who are part of shamanic traditions around the world. 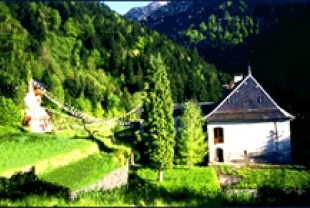