Directed by Daniel Vega, Diego Vega
A Peruvian film about an isolated male lone shark and a devout Catholic woman who yearn for miracles to turn their empty lives around.

This Peruvian film directed by Daniel and Diego Vega was a recent winner of the Jury Prize at the Cannes Film Festival-Un Certain Regard. It is set during a month-long Catholic religious celebration called the Lord of Miracles. Large throngs of people process through the streets as a testimony to their faith.

Isolated and about as far away as possible from this honoring of miracles from God is the lonely Clemente (Bruno Odar), a small-time loan shark whose father was a well-known pawnbroker. Day by day, he sits in his small apartment and listens to the sad stories of his neighbors and strangers who desperately need money to keep going. He has no friends or family and spends his spare time having sex with prostitutes.

One day, Clemente finds a basket with a newborn girl inside. He doesn't know what to do with this crying intruder. He tries to carry on with his business but finds the baby too much to handle. Clemente discovers that the prostitute who gave birth to the child has disappeared; she was convinced that he is the father. Now Clemente needs a miracle to set his life back on track.

He hires Sofia (Gabrielea Velasquez), a neighbor, to look after the baby. She is a devout Catholic who lights a candle every evening while praying. Sofia wants a miraculous release from spinsterhood and sees this as her chance. She moves in with Clemente and cooks, cleans, and eventually sleeps in his bed with him. But the loan shark is emotionally blocked and continues to see prostitutes.

Will either one of these lonely and isolated souls experience a miracle to transform their unfulfilling lives? Directors Daniel and Diego Vega lighten the drama with an amusing subplot of Clemente trying to get rid of a fake 200 sol bill. Even with this ploy, the film registers on our senses as a heavy duty critique of a life totally organized around money. Even Clemente's yearning for a miracle is based on little more than the desire to return to his bachelor life without Sofia and the baby. Meanwhile, Sofia marches down the streets in the religious possession with gratitude in her heart that part of the miracle she prayed for has come to fruition. 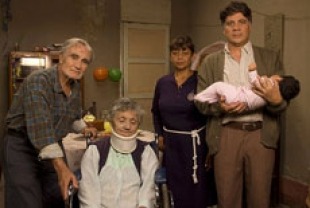 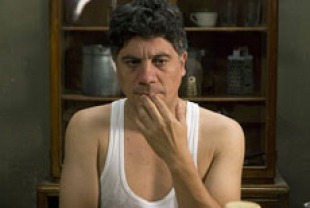 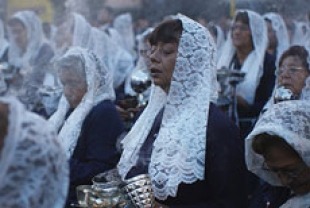