Directed by Mark Meyers
An appealing and universally relevant drama about the dynamics of death and loss within the family circle.

So many families only come into their own after years of struggle and misunderstandings. That certainly is the case with three generations of a clan that gathers for the last days of the family patriarch at his large home on the Connecticut coast. Siv (Robert Loggia) is a charismatic and vigorous grandfather who has terminal pancreatic cancer. As a successful businessman, he knows everyone in the small town of Madison. His wife Yetta (Barbara Barrie) has not been able to share much with him recently because she suffers from dementia. Rosita (Adrianna Sevan), an illegal immigrant, does her best to look after her.

Yiv's grandson Josh (Jack Carpenter) comes home from college for a visit but he doesn't want to stick around all summer. His divorced mom Anna (Victoria Clark) insists he stay: "Everything your grandfather does this summer will be for the last time." Josh becomes more amenable to the idea after his girlfriend ditches him. He has never gotten over the pain he felt as a child when his parents divorced. Josh respects and is mystified by the magic of his grandfather's long marriage. "I'm destined to be alone. It's in our genes or something," he tells Siv. The old man shares some advice and their already close bond is strengthened.

The sibling ties between Siv's three other children are tattered. Anna is doing most of the caretaking for her father while Benny (Arye Gross) practices his golf game and tries to secretly change his father's will. He can't stand his older brother Carmine (Peter Friedman), a politician, who hasn't visited Siv for years due to a dispute they had. Now that his father is dying, he wants to reconcile himself with him.

Writer and director Marc Meyers has fashioned an appealing and universally relevant drama about the dynamics of dying and death within the family circle. It also catches the difficult challenges of the Sandwich Generation as they encounter middle age regrets, failed relationships, and the burdens of caretaking. Robert Loggia grounds Harvest with his sturdy performance as a grandfather who wants Josh to set off firecrackers after his burial in celebration of his life. And in an absolutely charming scene, he rides a bicycle through town in order to say farewell to his beloved sister. His spirit is free and there is a smile on his face as he peddles home.

Special features on the DVD include interviews with director Marc Meyers and actors Jack Carpenter and Arye Gross. 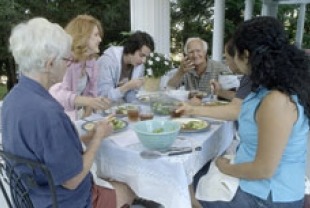 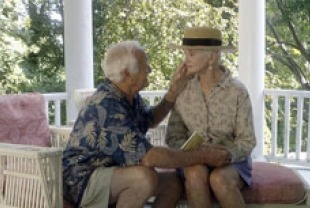 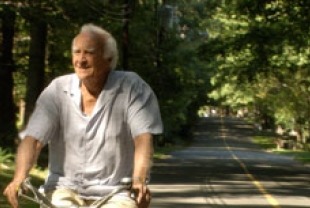