Directed by Frederick Marx
An extraordinary documentary about two Tibetan Buddhist monks who want to enrich the lives of 17 impoverished children from their region.

Zanskar is a poor Tibetan Buddhist community isolated in Kashmir. The government provides no electricity or running water and those who try to leave the region are subjected to attacks by religious extremists on the Pakistani border. In addition, there are no schools for Tibetan children to study their native language, religion, or cultural traditions. Seeing this as a sign of the possible death of their culture in Zanskar, two monks from the area decided to take on a bold and dangerous mission based on their bodhissatva vows to try to alleviate the suffering of all beings and to work for their happiness.

Lobsang Dhamchoe and Geshe Lobsang Yonten from Zanskar's Stongde Monastery visit the town and select a group of 17 children ranging in age from 4 to 12. They obtain permission from the parents to take them on a long and arduous 180-mile trek across the Himalayas from Zanskar to Manali where they will attend schools with Tibetan-Buddhist curriculum or enter a monastery. Although the mothers, fathers, and grandparents of these children want the best for them, there is an onerous sacrifice involved — they may not be able to return home for 10 to 15 years.

Journey from Zanskar, narrated by Richard Gere and featuring His Holiness the Dalai Lama, is an emotionally affecting spiritual documentary directed by Frederick Marx whose Hoop Dreams remains one of the most popular documentaries ever made. He certainly knows how to engage our sympathies and then convince us to stay the course with these two monks and their mission of compassion for the poverty stricken children of Zanskar. From the outset they know that the journey will be fraught with dangers from the high altitude, the freezing temperatures, the need to meet onerous deadlines as they walk from city to city, the challenges of working with entrepreneurs who want to rip them off, snowblindness, and rock or snow slides from the mountains.

It is fascinating to watch Geshe Lobsang Yonten use the spiritual practice of equanimity each time there is a setback or a disaster on the long trek. He takes each of these in stride and continues his mission to subordinate his own needs in order to bring about the happiness of others. In the process, he learns to see what a wealthy man he is and how grateful he is to the children of Zanskar for inspiring him with their stamina, courage, and hope for a better life.

In our eyes, these two monks are compassionate heroes whose good works have benefitted many children and families in Zanskar. And they have just begun their quest to improve the education of Tibetan Buddhist youngsters. 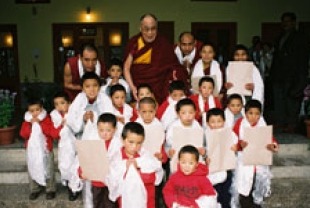 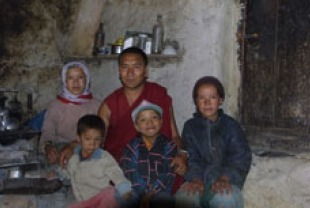 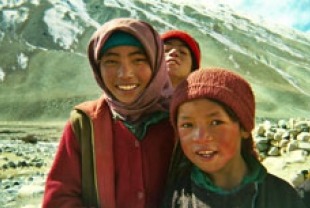 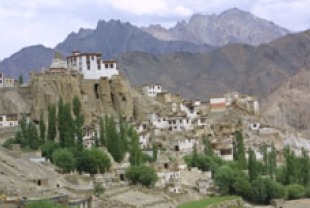