Directed by Drake Doremus
A story about two young lovers whose patience, resilience, and trust are tested when they are separated for a long period of time.

Anna (Felicity Jones) is an exchange student from London at a Los Angeles College. While reading a paper she has written, she notices that a young man in the class is being particularly attentive; also, he flashes a smile her way. Jacob (Anton Yelchin) lives in the city and is headed toward a career in making furniture. They seem destined to meet and so they have a relaxed first date with plenty of gazing into each other's eyes. They share details about their families and he learns that Anna is very close to her parents (Alex Kingston and Oliver Muirhead). His father died when he was ten years old. At the end of their first date, they do not kiss but stand with a window between them tracing hand prints. Each is still imprisoned in a separate world.

But the intimacy that grows between them puts all that behind them. Jacob is especially moved by a written collection of memorabilia from their relationship which she gives him. And he makes her a wooden chair as a gift. After graduation, Anna is required by law to return to England. But by now she and Jacob are so close that they cannot bear the thought of being apart for several months so she stays in the country longer. It is a huge calculation which misfires when U.S. customs will not let her back in the country after she returns to Los Angeles after a visit to her parents.

Given the intensity of their romance, it is difficult for them to handle a long-distance relationship. Anna, an aspiring poet, starts to move up in the English literary scene when she is made an editor. Meanwhile, Jacob moves and expands his small business. When they meet in London after a long separation, jealousy tears them apart. And a meeting with the INS about Anna's visa extension looms on the horizon. Can they hold things together much longer in the face of these obstacles to their happiness?

Like Crazy sparkles under the smooth and creative direction of Drake Duremus who draws out two sturdy and appealing performances from Felicity Jones and Anton Yelchin as the young lovers whose patience and resilience are tested when their intimate relationship is severed by distance. Because the filmmaker has done such a fine job depicting the total immersion of Anna and Jacob in their love for each other, we are not surprised by their identification of jealousy as an intruder. Buddhist writer Geri Larkin has observed the dynamic here:

"Moving through jealousy is hard work because, at its worst, it makes us totally crazy. We can think of nothing else; we take obsession to new heights. . . . We want our lover, our mate, all to ourselves. And when we don't feel like we do, we're threatened down to our bones. And scared. And mad. A dangerous combination."

Like Crazy gives viewers two thought-provoking dramas for the price of one: an intimate love story and an exploration of the role of jealousy as "a wicked little mutant," as spiritual writer Joan Chittister has called it. 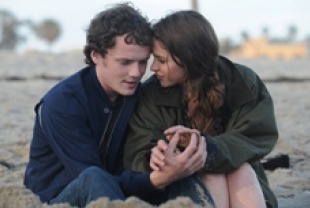 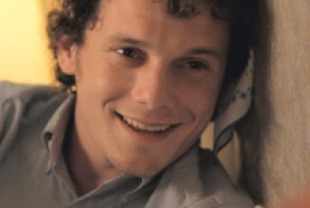 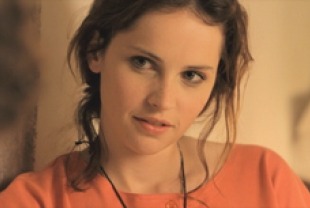