Directed by Lars von Trier
A mind-blowing end-of-the world drama that challenges us to take stock of our beliefs, feelings, and fears about death.

It has been 15 years since Danish writer and director Lars von Trier released the pioneering and soul-stirring Breaking the Waves. In that astonishing film, he revealed the stark contrast between the repression of some types of communal religion and the buoyancy of individual spirituality. Breaking the Waves put the accent on things that matter to him: visual creativity, high caliber acting, and dramatic intensity.

These three elements are also present in Melancholia, a mind-blowing end-of-the-world drama. It begins with a stylized prologue that is an abstract and eerie preview of what is to come and ends not with a whimper but with a bang. Von Trier, like many creative artists, novelists and filmmakers before him, wants us to face and think about our own death and the possible end of the world.

The first half of Melancholia is titled "Justine." This beautiful young woman (Kirsten Dunst) has just been married to Michael (Alexander Skarsgard) and now they are on their way in a stretch limo to a lavish party hosted by her older sister Claire (Charlotte Gainsbourg) and her husband John (Kiefer Sutherland) at their luxurious mansion. Justine seems in no rush to get to the party and they lose even more time trying to squeeze the long car through a tight spot on a narrow driveway. When she and Michael finally arrive, Justine rushes off in her wedding gown to see her favorite horse in the stables.

Seated at tables, the guests await the toasts. The sisters' divorced parents are present, and it is evident to everyone that they do not like each other. Their father (John Hurt), already drunk, babbles on, and then their mother (Charlotte Rampling) sours the proceedings with her severe criticism of the institution of marriage and her disdain for it. Although Justine smiles a lot and makes a feeble effort to circulate among the guests, Claire knows that something is troubling her moody sister who has had many bouts of depression.

Justine's state of mind is not helped by the pressure put on her by her boss (Stellan Skarsgard), an advertising executive who wants her to give him a tagline. He sees her as a talented woman and even announces a promotion for her. But she refuses to give him what he wants.

While her sister and husband go into a slow burn about her weird behavior at the party they spent so much time and money planning; Claire takes a bath, tries to take a nap, and wanders off on the grounds of their mansion. After refusing to make love with Michael and showing indifference to his plans for their life together, she has sex with one of her boss's young associates. Michael realizes that his fantasy of marriage is over. And so is Justine's advertising career as she slurs her boss and then states that all he stands for is repellant to her.

The second half of this film is titled "Claire" and it revolves around a large planet on a collision course with earth. The news about the possible end of the world has brought fear and trembling into Claire's routinized life with her husband and little boy. Justine has suffered a mental and physical breakdown and come to live with them. But she is not as troubled by the impending end of the world as Claire is: "Life is only on Earth and not for long." She has nothing to lose whereas her sister is terrified that her son will never grow up be able to savor the simple pleasures of life.

As a gigantic planet named Melancholia keeps growing in size, John, an amateur astronomer, assures his wife that the planet will not collide with the earth but pass by instead. Time passes slowly until the remains of the last day fade away.

Melancholia is another film that enables us to see what we would do in the face of imminent death. We oftentimes ignore the many little deaths that occur in our daily lives so it takes an end-of-the world scenario to force us to deal with our emotions, probe our values, and through our imagination discover what spiritual practices could best usher us out of this world and into another.

Special features on the DVD include: "About Melancholia: director Lars von Trier, actors Kirsten Dunst and Charlotte Gainsbourg, and psychologist Irene Oestrich discuss the film’s themes; Special Effects: A glimpse at some of the pre-visualizations, un-graded out-of-camera footage, and shots of the northern lights; "The Visual Style": von Trier and his director of photography discuss their intentions for the look of the film; and "The Universe": the film’s visual effects supervisor and astrophysicist Michael J. Linden talk about the sciences behind the film. 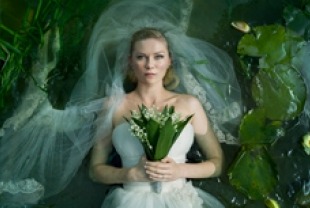 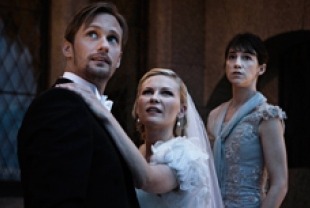 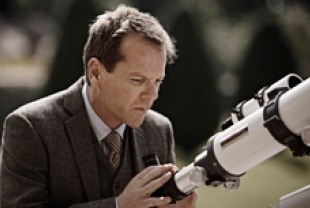