Jeff, Who Lives at Home

Directed by Jay Dupluss, Mark Dupluss
A delightful film about how synchronicities can open people up to revitalizing adventures which have the potential to transform them.

"Talk about coincidences as coded messages from the nonlocal intelligence makes life sound like a mystery novel. Pay attention, look for clues, decipher their meanings, and eventually the truth will be revealed. In many ways, that's exactly what happens. After all, life is the ultimate mystery."
— Deepak Chopra in The Spontaneous Fulfillment of Desire

Jeff (Jason Segel) is a slacker who at 30 still lives at home in Baton Rouge, Louisiana, with his single mother Sharon (Susan Sarandon). He smokes dope and is convinced that, like the characters in the movie Signs, we must constantly be on the lookout for hints of our destiny and the path we must take. Picking up the phone, Jeff takes a call from a fellow looking for someone named "Kevin." Thinking that perhaps there are no "wrong" numbers, he decides "Kevin" must be a sign for the day.

His mother wants to get him out of the house, even to just do an errand, so she tells him to go get some wood glue to repair a broken slat in a door. On his way, he sees a guy with "Kevin" on his jacket on the bus and decides to follow him; he ends up playing pickup basketball with some guys in the hood, but that doesn't turn out well. Pursuing another "Kevin," he hitches a ride on the back of a candy truck.

Later he bumps into his older brother, Pat (Ed Helms), who is about as different from Jeff as two guys can be. He's always talking about his business meetings. He's just had a fight with his wife Linda (Judy Greer) over his purchase of a Porsche which she believes they can't afford. Showing off the new car, Pat loses control and totals the vehicle by crashing into a tree. The day's pile-up of difficulties for Jeff's selfish and insensitive brother continues as they see Linda in a restaurant with another man. Distraught, Pat convinces Jeff to spy on them by sitting in a nearby booth. It turns out to be a humiliating and humorous experience.

Jeff, Who Lives at Home is written and directed by Jay and Mark Dupluss who were at the helm of Cyrus, a comic drama that honored the mysteries surrounding human nature, the complexity of intimate relationships, and the bounties of friendship. The same generous spirit is at work in this fascinating film about looking for signs, coincidences, and fulfilling one's destiny.

Jeff may not know where he's going but he is committed to the proposition that "all this randomness is leading somewhere." His mission to find Kevin brings him closer to his beleaguered brother. For example, they discover they've both been having the same dream about their deceased father and the importance of making the most of each day.

At the same time that her sons are waking up in their own special ways to the truth about themselves, Sharon is having her own brush with destiny at her office. A secret admirer is sending her flirty instant messages. She is pleased with this attention and gets ready to meet this mystery person at the water cooler. Is this a sign that her life is about to change?

The Duplass brothers take us into everyday circumstances where synchronicities can show up at any moment. The message: pay attention to them, follow them even if it means going to unlikely places, and you will be opened to fresh adventures that have the potential to transform and revitalize you.

Special features on the DVD include closed captions. 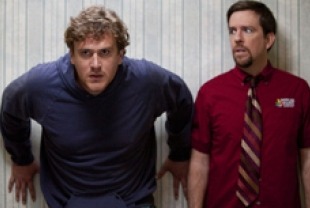 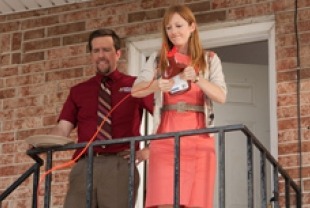 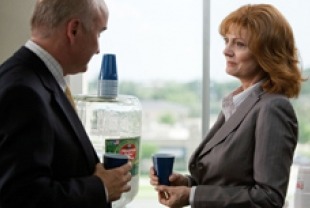 R - language, including sexual references, some drug use