Directed by Erica Scharf
An engaging portrait of two teenagers from Navajo nation and their visions of the future.

The Navajo Nation reservation is 27,000 square miles — the largest Indian reservation in the United States. The tribe has a population of 300,000; 87 percent of all Navajo people live there. Tribal elders are upset that the language and the heritage of the past are not being passed on to the younger generation. The high school kids are upset that they have to get scholarships to go to college since most Navajo families are too poor to pay their way.

In this engaging documentary directed by Erica Scharf, the focus is on Thomas Martinez and Tamara Hardy, two Navajo reservation teenagers who are looking forward to college. He is a cross-country and track runner competing in various meets in order to win a scholarship. She is also a talented runner who is desperate to get off the reservation, but her parents want her to attend a local university. She says, "What's keeping me here is my family . . . when I'm here, I feel caged up." Tamara gives the headline speech at the high school graduation and hopes to study to be an engineer.

Thomas was brought up by his aunt when his beloved grandmother died. His mother has been away for years, and his father is a recovering alcoholic. He is trying to reunite them and manages to bring them together for the celebration of his eighteenth birthday and a Native-American ritual for his going off to college.

Thomas has noble intentions of returning to the Navajo reservation after he graduates in four years. He is upset that many Americans think that all Indians are drunkards and drop-outs. Hopefully both Thomas and Tamara can make their own contributions to erasing this continuing prejudice against Native Americans. Up Heartbreak Hill certainly gives us hope that a new generation will take up the challenges of leading the Navajo Nation. 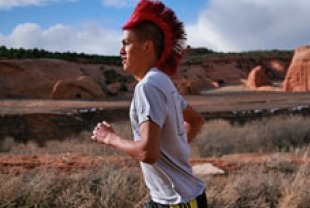 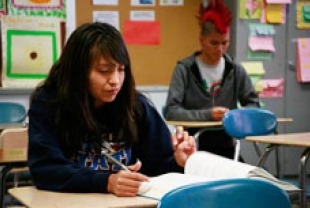 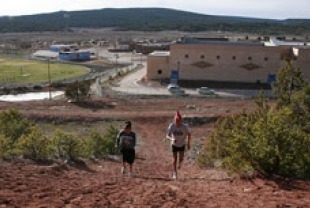 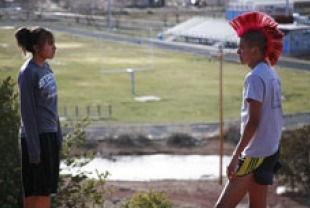