Directed by Rian Johnson
A nifty time-travel thriller that hits the mark.

It's hard to get decent work in 2044 when cities are slums, crime lords rule, and addicts are everywhere. Joe (Joseph Gordon-Levitt) is a "looper" (hit man). His job is to kill people who have been sent via a time travel device from 30 years in the future and then dispose of the bodies. He works for Abe (Jeff Daniels), a successful syndicate chief who has traveled back in time to run this operation.

Joe was groomed by Abe for the business when he was very young. He has turned into a robotic young man with a drug addiction (administered by eye drops), no love relationship although he sees a hooker regularly, and only a dream of retiring on his savings and moving to France.

His empty life comes to a screeching halt when his buddy Seth (Paul Dano) comes to him for help after bungling an assignment. He was supposed to kill his own older self — called "closing the loop" — but he let him get away. Threatened by Abe, Joe reveals where Seth is hiding. Then on his next assignment, he comes face to face with his older self (Bruce Willis) who escapes. This error is called 'letting his loop run" and it cannot be allowed. A group of assassins are dispatched to track the younger and the older Joes down.

The older Joe has a wife (Xu Qing) he loves in Shanghai and thus has a reason for living and a mission to accomplish. He must find and execute the Rainmaker, the future's ruthless and horrific crime lord. Joe and his older self converge on the farm of Sara (Emily Blunt), who is a tough survivor of many battles. She is trying to raise her wild son Cid (Pierce Gagnon) who has telekinetic powers.

Looper is a nifty sci fi thriller with plenty of surprises and mysteries to unravel thanks to its time travel elements. Rian Johnson is the writer and director of this futuristic actioner which has a shot for cult status thanks to the credible and engaging performances by Joseph Gordon-Levitt, Bruce Willis, Emily Blunt, and Pierce Gagnon.

Special features on the DVD include: a feature commentary with director Rian Johnson and actors Joseph Gordon-Levitt and Emily Blunt; a featurette Looper: "From the Beginning – the Making-of"; five deleted scenes with commentary; scoring Looper; and an animated trailer. 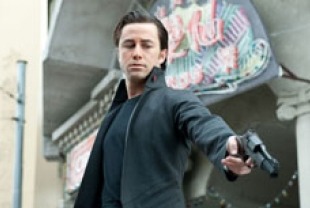 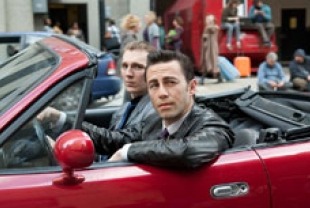 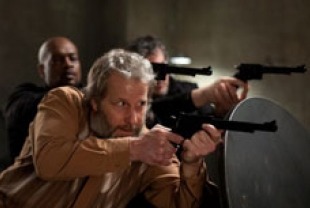 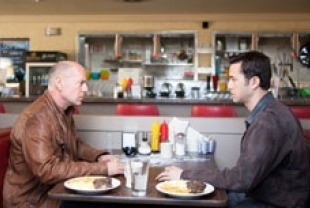 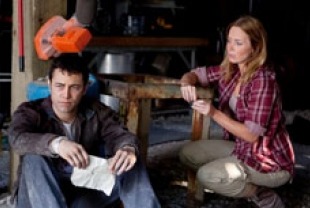 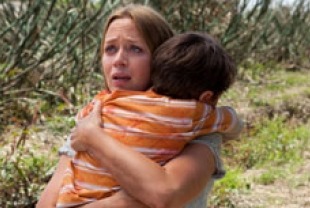