Directed by Yaron Zilberman
A very special and memorable movie with top drawer acting, great classical music, and a theme of spiritual transformation.

The Fugue is a world-famous New York-based string chamber quartet. Cellist Peter (Christopher Walken), the eldest member of the group, has been having trouble with his hands so he sees a doctor and finds out that he is in the early stages of Parkinson's disease. Convinced that this progressive disease will have dire effect on the music this consummate professional promises to retire and locate a suitable replacement.

The shocking news rocks the quartet who are about to celebrate 25 years of playing together. Robert (Philip Seymour Hoffman) sees this impending change as the perfect time for him to move beyond his position as second violin to alternate with Daniel (Mark Ivanir). His idea does not fare well with Daniel, a perfectionist who sees himself as a true virtuoso. Robert's wife Juliette (Catherine Keener) who plays the viola, finds herself against her husband's suggestion.

Writer and director Yaron Zilberman, along with co-writer Seth Grossman, has fashioned an emotionally riveting drama revolving around the difficulties that come with change. Can the rigorous discipline needed by the quartet survive? At their final performance together they choose to perform Bethoven's String Quartet No. 14, opus 131. The degree of difficulty in this composition lies in the composer's instructions that it be played "attacca," without a pause between its seven movements.

Meanwhile, the members of the ensemble keep having emotional outbursts. Feeling shamed by his wife's refusal to see him on the same level as Daniel, Robert has sex with a seductive flamenco dancer he often jogs with in the park. After finding out about the tryst, Juliette orders him to move out. On a visit to see their daughter Alexandra (Imogen Poots), a gifted violinist herself who is taking lessons from Daniel, Juliette is accused of being a terrible mother, more interested in music than in a loving relationship with her daughter. She flees to Peter and breaks down in tears: for years he has served as her father figure. When both of her parents find out that Alexandra is having an affair with the lonely Daniel, the final piece of the group meltdown is in place.

The ensemble acting of Christopher Walken, Philip Seymour Hoffman, Mark Ivanir, Catherine Keener, and Imogen Poots is top-drawer. So is the exquisite music performed by the Brentano Quartet String Quartet. A Late Quartet makes the point of how great music can turn tragedies, disappointments, and personal breakdowns into occasions for spiritual transformation.

Special features on the DVD include closed captions. 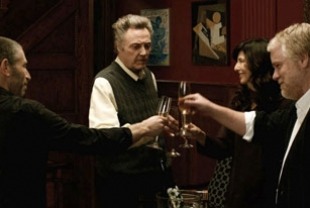 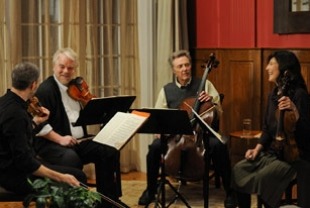 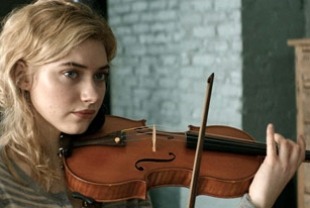 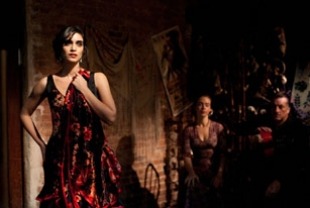