Each of us bears in our psyche the imprint of past generations. We are conglomerates of experiences, values, memories, aspirations, and dreams. Our personal histories are ongoing dramas with multiple characters, settings, and crises. Reflecting on the stories of our lives is a valuable step in personal growth. Sharing our life stories can be a way of reaching out to others. And by listening to the stories of those around us, we complete the circle which leads to community.

"When you are in the middle of a story it isn't a story at all, but only a confusion; a dark roaring, a blindness, a wreckage of shattered glass and splintered wood; like a house in a whirlwind, or else a boat crushed by the icebergs or swept over the rapids, and all aboard powerless to stop it. It's only afterwards that it becomes anything like a story at all. When you're telling it, to yourself or to someone else."
— Margaret Atwood in Alias Grace

Sarah Polley is an Oscar®-nominated writer, gifted actress, and immensely talented film director who has made two remarkably spiritual films about intimate relationships and the challenges they face on multiple fronts. Away From Her is a subtle, poignant, and superbly acted drama about a long marriage that is tested externally by disease and internally by the chords of attachment. Take this Waltz is a respectful and creative treatment of sex, the mysteries of love, and the wavering marital relationship of a couple who started out as soul mates.

Stories We Tell is Polley's latest project, a groundbreaking documentary film about family secrets, memory, intimacy, and the important place of story in the lives of siblings. It was done in collaboration with the National Film Board of Canada. Polley has said: "I think it's a universal thing in every family, that people have their own specific versions of pivotal events or even small memories. They are a 100 percent certain that their recollections are the truth because whatever the truth is, as they recall it, has formed them and it is part of their history. Discrepancies in memory preoccupy families, and the idea of this fascinated me."

Meet Sarah's mother Diane, a larger-than-life woman who died of cancer in 1990 when the writer/director was 11 years old. She was an actress who viewed life as an exciting adventure. Diane fell in love with Michael Polley, an actor from England, when he was on the stage in Toronto. The only trouble was that she seemed more enchanted with the character he was playing than with the man who was just doing his job as a performer. When Michael couldn't support their large family by acting, he became an insurance salesman. Meanwhile Diane, a casting director, pursued bigger things to which she felt entitled.

Following her mother's death, Sarah drew closer to Michael and her four siblings. One of them recalls that Diane "walked heavily and made records skip" and that she was a huge devotee of the latest thing and any surprises hidden around the next corner.

Family secrets have a life of their own and when they show up unexpectedly, they can release waves of sadness and shame, guilt and confusion. These secrets often build walls between loved ones and can bring about wounds in those who feel betrayed and kept in the dark regarding important matters.

Not so in the Polley clan where they are able to empathize with Diane's human frailty and vulnerability. Forgiving is not condoning or ignoring the hurt that reverberated in the family circle. But dealing with the family secret in open and creative ways can be a healing process.

Director Polley, playing the role of a detective searching for clues about her mother's secret activities which had a gigantic impact on her own and her siblings' emotional lives, Polley brings her father into the studio to record his impressions of what happened in the past and how he felt about his wife's quest for adventure. We watch as she "directs" his verbal performance. Polley also lets her four storytelling siblings chime in with their perspectives along with those of other relatives and friends. The archival footage of Diane captures and conveys both her allure and her large ego.

One Family's Resilience and Their Ability to Forgive

Polley leaves room for us to step into this non-linear narrative and reflect upon our own experience of family secrets, the conflicted feelings we may have about our identity, the similarities and the differences between siblings, the memories of our parents and their relationship with each other, the special qualities that our mother and father passed on to us,and the positive and negative impressions friends and neighbors had of our parents and our family.

"God made man because he loves stories."
— Elie Wiesel

You never know what's going to happen next in stories. They are good medicine when hearts and minds are changed and transformed. Stories We Tell is one of the Most Spiritually Literate Films of 2013 and it deserves a large and sensitive audience willing to embrace its messages and then do some inner work on their own.

"Life will go on as long as there is someone to sing, to dance, to tell stories and to listen."
— Oren Lyons in an interview with Bill Moyers

Special features on the DVD include the trailer. 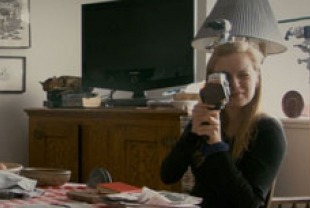 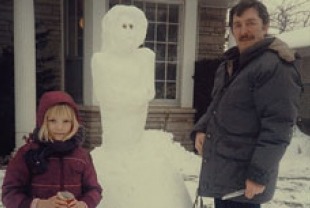 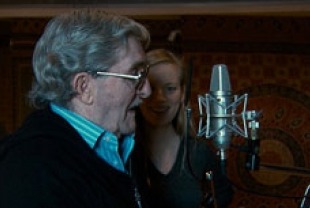