Directed by Woody Allen
A Woody Allen dramady with plenty of sparks and sizzle about the fall of a selfish woman who is a member of America's "Winning Class."

The "Winning Class" in America are the top 1 percent of households who have more wealth than the entire bottom 90 percent combined. This inequality has produced a hubris and a sense of entitlement that revolves around the idea that the rich do not have to follow the rules governing what hotelier Leona Helmsley called "the little people."

Working and middle-class Americans rightly feel that they have been given the shaft, and they are angry about having jobs that do not pay the bills while the Winning Class continues to get all the breaks as they go their merry way spending extravagantly. "Trust," says Eric M. Uslaner, "cannot thrive in an unequal world. People at the top will have no reason to trust those below them.  . . . And those at the bottom have little reason to believe they will get a fair shake."

Jasmine (Cate Blanchett) and Ginger (Sally Hawkins) grew up together as adopted siblings from different sets of biological parents. Jasmine was the pretty one and the parents' favorite so Ginger left to make her own way in the world. She marries Augie (Andrew Dice Clay), has two kids, and then wins $200,000 in the lottery. Jasmine, meanwhile, drops out of college to marry Hal (Alec Baldwin), a wealthy Wall Street wheeler-dealer; they have one son. They live a life of conspicuous consumption in the Hamptons. After Jasmine convinces Augie and Ginger to let Hal invest their winnings, they lose all the money. This shattering loss of the one chance they had to make a new and prosperous life for themselves weighs heavily on this working-class couple and eventually ends their marriage.

Eventually, Hal's Madoff-like schemes bring him down and he goes to prison. Jasmine loses everything she has and suffers a nervous breakdown. With no one to turn to in New York, she goes to San Francisco to stay with Ginger in her small apartment. She works at a supermarket and is now engaged to Chili (Bobby Cannavale).

Jasmine is a moody woman who is not accustomed to having no money, living with two noisy kids, and putting up with visits from Chili and his macho man buddies. She never liked Augie and she likes Chili even less, constantly referring to him as a "loser." He, in turn, can't stand Jasmine's attitude of superiority over her sister. Behind their mutual animosity lies a volcano of class hatred.

Jasmine finally decides to go to work as a receptionist for a dentist (Michael Stuhlbarg) and enrolls in a computer class so she can get an interior decorating license online. But she suffers from depression and turns to martinis and Xanax to pull her through the nightmare she is experiencing. Then, as if by a miracle, she gets a shot at re-entry to the life of luxury when she impresses a wealthy diplomat (Peter Sarsgaard). He has big dreams for himself and the woman who will accompany him on his privileged journey.

Blue Jasmine is a well-acted dramady written and directed by Woody Allen that has plenty of sparks and sizzle as a snapshot of class warfare in America. Cate Blanchett puts in a stellar performance as Jasmine, a jet-set member of the Winning Class whose fall from glory after losing her husband and all their money and possessions is filled with a troubling mix of anger, regret, disappointment, and entitlement. She is so convincing in this portrayal that, against our better instincts, we found ourselves hoping that this selfish and nasty woman might be able to once again have a life of wealth and power. If not, another scenario is entirely possible: Jasmine might become one of those individuals sitting on benches in cities across America, chattering to themselves and oblivious to the world going on around them.

Special features on the DVD include notes from the Red Carpet and Blue Jasmine cast press conference. 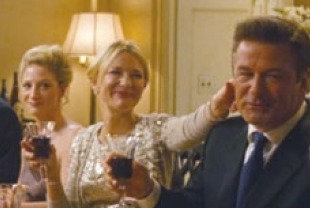 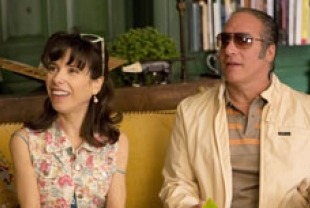 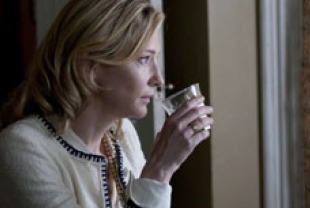 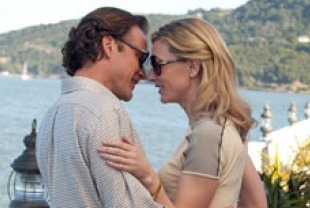