George (Andy Garcia), a heart surgeon, has arrived at Middleton, a college with a picturesque campus, with his son Conrad (Spencer Lofranco) who is not interested in attending this school. He resents being forced to take a look at the place when he could be elsewhere. Even worse, George makes him wear a tie.

As a laid back and clever student begins leading the tour for prospective students, another parent, Edith (Vera Farmiga), embarrasses her daughter Audrey (Taissa Farmiga) with some awkward and pressing questions about crime on campus. George, who is a straight arrow kind of guy, is turned on by several verbal sparing sessions with this idiosyncratic woman who convinces him to leave the tour and strike out with her on their own.

They borrow some bikes and explore around, then climb to the top of a bell tower where Edith convinces George not to give in to his fear of heights. Later, we discover these two both have unfulfilling marriages when they are cajoled by a drama teacher to improvise a scene as an unhappy couple.

The saving grace of this romantic comedy is the spunky screenplay by director Adam Rodgers and Glenn German. These two middle-agers are still learning how to let go of their children and move on in their own adventures. Meanwhile, their children are sorting out their options. Audrey pursues her dream of studying with a linguistic professor (Tom Skerritt) she adores and Conrad connects with a radio deejay (Peter Riegert) who convinces the boy that he has the right stuff to learn the ropes of this business.

Andy Garcia proves once again that he has a penchant for comedy as he revealed in City Island. Vera Farmiga's Edith comes across as an abrasive middle-aged woman but when she flirts and flashes her deep blue eyes at George, he is putty in her hands. Her real-life sister Taissa impresses with her feisty depiction of Audrey who swings easily between one volatile mood to another — just like her mother. 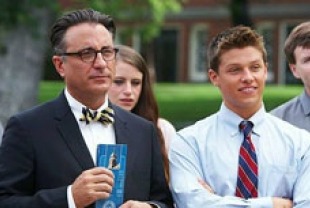 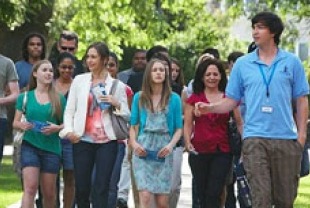 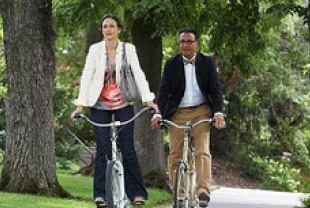 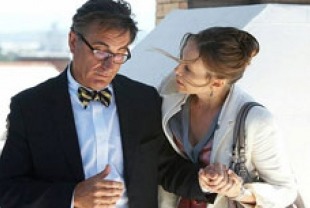 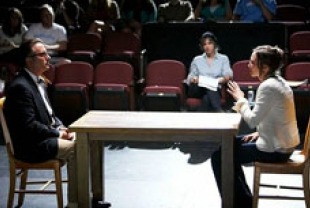 R – drug use and brief sexuality