Directed by Emmanuelle Bercot
A delightful dramedy and road movie with Catherine Deneuve at her best.

"We still get upset, but rarely does upheaval stir us to the core. Our equanimity has grown large enough to dwarf our disappointments. We know we are not invincible, but we are more than certain about the aspects of ourselves that have been tested over time. We are more than determined than ever to live well, to break through the limits of our anxieties and get on with the business of flourishing."
— Wendy Lustbader in Life Gets Better

Bettie (Catherine Deneuve) is getting older and life doesn't seem to be getting better. She is having a hard time keeping her small restaurant afloat. When her interfering mother, Annie (Claude Gensac), tells her that gossip in the community has it that the man she loves has begun romancing a 25 year old, Bettie is so shocked that she plunges back into her cigarette addiction. Unable to perform her duties at the bistro, she breaks down and flees in her car. She hits the open road as an escape from the insecurity and disappointment of life.

Her driving from one town to the next is animated by her quest for cigarettes. Her impatience is tested when she watches an old famer with arthritic hands try to roll a smoke for her. On the other hand, since so few people still smoke, the habit bonds outsiders in the society together. In one town, Bettie lets her armor down and goes to bed with a witty talkative young man Marco (Paul Hamy) who seems to fancy sleeping with an older woman. In another place, a husband begins beating his wife and when Bettie tries to intervene, he launches a torrent of toxic descriptions of older women.

Emmanuelle Bercot directs this combination dramedy and road movie. Catherine Deneuve is very relaxed and natural in her depiction of this important transition Bettie's life. She is invariably asked her age but refuses to give it.

Another reason for her journey into unfamiliar territory is a close encounter with her estranged daughter Muriel (Camille) and Muriel's son Charly (Nemo Schiffman). Asked to drive the boy to stay with his paternal grandfather Alain (Gerard Garouste) while his mother is away trying to land a job, Bettie takes him to a beauty pageant reunion. She was Miss Brittany in 1969 and almost made it to the finals for Miss France.

In her book Life Gets Better, Wendy Lustbader points out that as we age many of us become more flexible and able to cope with the unknown:

"We learn that no one is endowed with absolute confidence and few are able to enact their goals as originally conceived. We see that compromising our dreams does not signify defeat, and that flexibility with our hopes is not the same as giving up. We appreciate how pivotal it is to adopt to the unforeseen, to let fortuitous shifts lead us in new directions."

By the time, Bettie fulfills her daughter's request, she is ready to receive and revel in some fortuitous surprises that open her up to new directions for her later years.

Special features on the DVD include deleted scenes; and a Catherine Deneuve interview. 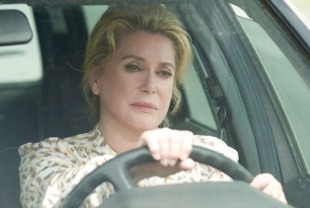 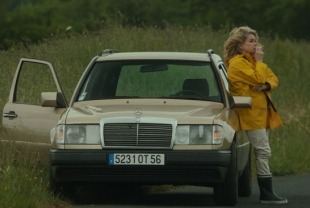 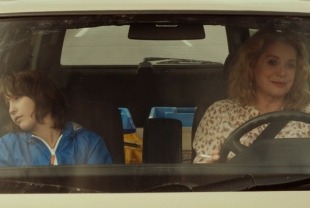 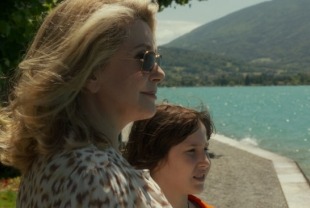