Directed by Diane Kurys
A historical drama pieced together when two sisters discover things they didn't know about their parents' life in post-World War II France.

Henri J. M. Nouwen said and wrote many profound and healing things about death. One of the best was that if at all possible, we should make our death fruitful to others, especially those closest to us. In this engaging French film directed by Diane Kurys (Entre Nous, Cocktail Molotov, C'est La Vie) two sisters, Anne and Tania (Sylvia Testud, Julie Ferrier), arrive in 1991 to be at the bedside of their dying father, Michel (Benoit Magimel). Through some old letters of his, they gain access to a man they never knew very well, his wife, and their father's long-lost brother. In their father's story they find bits and pieces that fit them well.

In 1945, Michel runs a menswear shop in Lyon while his wife Lena (Melanie Thierry) takes care of their little daughter. He worships her, and she gratefully remembers the gallant way he rescued her from a Nazi prison camp and certain death. Michel is a faithful member of the Communist Party and still recalls his early life in Russia as a Ukrainian Jew. Both husband and wife are thrilled when they obtain French citizenship.

Michel's life is upended when Jean (Nicolas Duvauchellle), the brother he hasn't seen since he was a nine-year-old boy, shows up. Both of them assumed the other was dead, and they feel guilty about having no knowledge of what happened to their parents. Michel is bowled over when Jean works out a deal to confiscate for no cost fabrics stored in three train cars. Soon afterwards, his business is much improved.

For a Woman is the fourth drama inspired by the director's own family history. Despite the title, Kurys zeroes in on the relationship of these two very different brothers. It takes Jean a long time to reveal to Michel the nature of his dangerous mission in Lyon. Suddenly, his brother sees him in a new light and is turned off by the zeal for his cause. Lena, on the other hand, is attracted to the fierce energy, mystery, and commitment in Jean's fiery character.

As Michel's daughters discover by reading his letters, there is more to their father's life than they ever expected. Anne decides to write a screenplay of the story of her parents. And we are the beneficiaries. 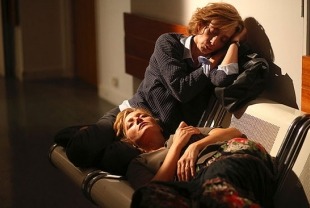 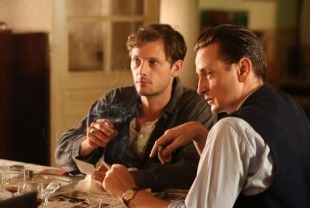 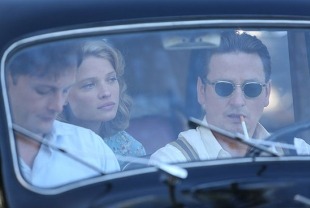 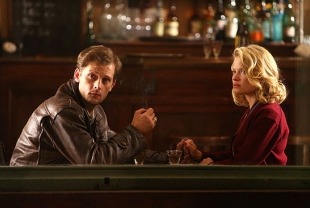