Directed by Wiebke von Carolsfeld
A character-driven drama about the ways the past intrudes on the characters' perceptions of what is possible for them.

Dermot (Aidan Quinn) lives in an isolated region on Ireland's west coast. He's in a romantic relationship with Abby (Taylor Schilling), a student of his when he taught at the university. Since Dermot is old enough to be her father, he has made it clear that if they decide to stay together, he would not want any children. The reason is a secret that he has kept from her.

When Abbey discovers that she is pregnant, she decides she needs a break from life at "the end of the world." After a fight with Dermot, she heads off to Montreal where her dad Frank (Michael Ironside) lives. He wants Abbey to have the baby and to ditch Dermot if he doesn't go along with her. She is not sure she wants to be mother or that she can be a good one. She discovers more about herself by reading her mother's diaries.

Dermot tries to ward off his loneliness and frustration by helping out two local teens. Deirdre (Nika McGuigan) has given birth to an illegitimate baby following the sudden death of her mother. Sean (Barry Keoghan), a school dropout, has nothing to do so Dermot hires him to build a fence around his property. In these nurturing activities, we see that this eccentric loner could be a good father if he put his mind and spirit into it. Meanwhile, a small archaeological dig is set up on his property and soon everyone in the small community is wondering what will emerge out of the mud of the bog.

Stay is directed by Wiebke von Carolsfeld from Aislinn Hunter's 2005 debut novel. This is a character-driven drama about the ways the past intrudes on the characters' perceptions of what is possible for them in the future. We feel for these flawed and vulnerable characters as they try to free themselves from the mud of their personal histories. 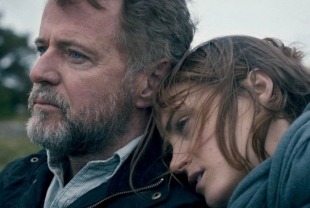 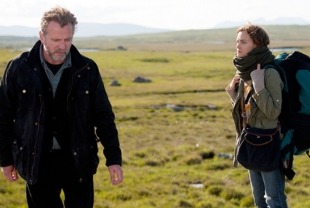 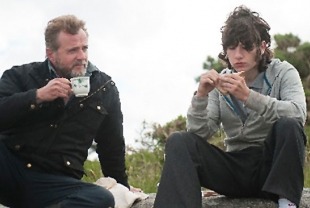