Jeff (Joe Swanberg) is an independent filmmaker who lives in a quaint house in Chicago with his wife Kelly (Melanie Lynskey) and their adorable two-year-old son Jude (Jude Swanberg). She is a writer turned stay-at-home mom who is getting restless. He is nervous about the upcoming visit of his younger sister Jenny (Anna Kendrick) who is in a funk after being jilted by her boyfriend.

On the first night of Jenny's visit, she goes out to a Christmas holiday party with her friend Carson (Lena Dunham). She gets so smashed on booze that her brother has to get up in the middle of the night and bring her back to his home. It's obvious that Jeff and Kelly are unhappy with her irresponsible behavior but they don't do much about it. In fact, when he goes down to read Jenny the riot act, he freezes up and doesn't say anything at all.

In both Nights and Weekends and Drinking Buddies writer and director Joe Swanberg demonstrated a knack for portraying the struggles many young people are having with intimacy and cultivating the emotional resiliency to handle disappointments. Although at first glance Jenny seems to be making things worse for her brother and his wife, it turns out that she is actually instrumental in giving Kelly the courage to ask Jeff to give her some time away from home to work on her second book. Kelly is both surprised and delighted to receive moral support for her writing career.

Happy Christmas is an appealing comedy that hits the mark with its authentic everyday life scenes revolving around marriage and siblings. Swanberg, Lynskey, and Kendrick put in stellar performances but are upstaged by little Jude who instinctively knows how to play to the camera. He's a hoot from start to finish! 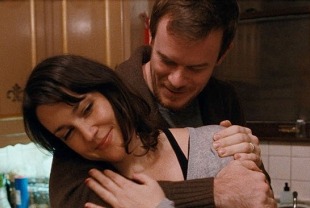 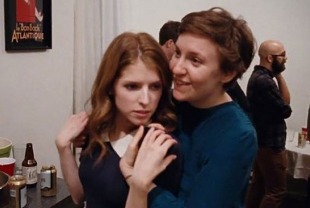 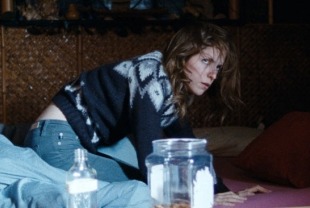