Journey to the Sun

Directed by Yesim Ustaoglu
A unique film about the spiritual practice of openness that focuses on the plight of persecuted groups in modern-day Turkey.

Mehmet (Newroz Baz) is a young man from Western Turkey who has landed a job with the water department in Istanbul. He carries around a metal ear trumpet that he uses to find leaking pipes under the streets. But even with this listening device, he's unable to discern what disasters are rumbling in his future because he's dark and looks like a Kurd, an ethnic minority from Eastern Turkey.

Mehmet spends most of his spare time romancing his girlfriend Arzu (Mizgin Kapazan), who works at a laundry. But this young man's life changes when he meets Berzan (Nazmi Qirix), a Kurd who sells music cassettes from a pushcart at the ferry landing. Meanwhile, in the background are constant news reports about the hunger strike of Kurdish prisoners in jails.

One day Mehmet is on the bus when the passenger next to him leaps up and gets off, leaving a package behind. Up ahead there is a police barricade. Mehmet is taken off the bus and searched. The authorities assume the package, which contains a gun, is his. He is detained, beaten, and kept in prison for a week. When he returns to his dingy apartment over a factory, his roommates, fearing for their own safety, force him to leave. Mehmet also is dismissed from his job. The only one he can turn to is Berzan. Of course, Arzu is there to give him her love as well. At one point he asks her: "Is it a crime to have dark skin?"

According to writer and director Yesim Ustaoglu, it is a crime to have dark skin in Europe where xenophobia is a nasty fact of life. The red "X" painted on Mehmet's apartment door is similar to the burning crosses planted by racial bigots in America. Ms. Ustaoglu makes palpable the fear and the poverty of all those treated as outsiders and the terrible toll it takes upon their souls. Mehmet draws closer to Berzan after he helps him get a job, shares his room, and talks about his dream of eventually returning home to his village near the Iraqi border. In a deeply touching ritual, he expresses his high regard for Berzan.

Journey to the Sun is a vivid parable about the plight of persecuted minorities in large cities around the world. This engrossing drama challenges us — like Mehmet — to become more empathetic. That is, to see that when our neighbor is unjustly treated and abused, we are diminished as well. 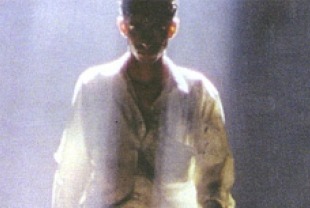