Directed by Alain Resnais
A French comedy of manners in which various couples try to cope with middle-age disappointments and mediocre marriages.

This is the third film of the legendary French director Alain Resnais based on a play by British playwright Alan Ayckbourn. Although it does not measure up to other comedies of manners by these collaborators, the film is a pleasant enough diversion. Since the lead characters are rehearsing a play as amateur actors and actresses in a community theater, Resnais has created exaggerated theatrical sets with painted backdrops and fake shrubbery.

Life of Riley is Alan Ayckbourn's 74th play and it revolves around George Riley, a character we never see. He has terminal cancer and only a few months to live. Riley has come up with a way of bringing pleasure into his remaining days. Unfortunately, it also brings the maximum amount of chaos into the lives of three couples.

Kathryn (Sabine Azema) is married to Colin (Hippolyte Girardot); she takes a fancy to Riley when he replaces another person in the play. Tamara (Caroline Silhol) is married to Jack (Michel Vuillermoz); he has no idea that his wife was madly in love with Riley a year ago and now she wants to be at his side during his dying. Monica (Sandrine Kiberlain) is living with Simeon (Andre Dussollier); she's Riley's ex-wife, having walked out on him, but hearing of the challenges he is facing, she wants to return to his side.

There are some funny lines in Life of Riley but the film mainly serves as another artistic look at the expectations, disappointments, fears, and hopes of middle-agers as they try to come to terms with the yearning for passion and the everydayness of ordinary marriages to flawed but lovable human beings. 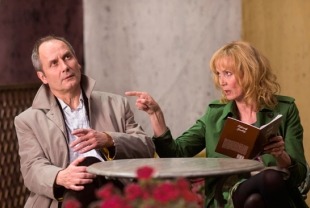 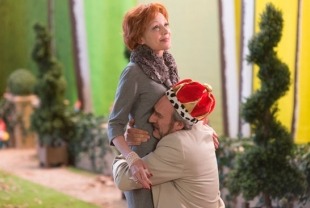 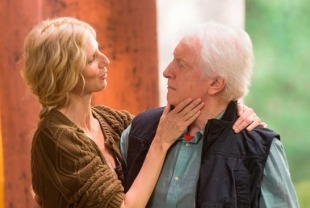 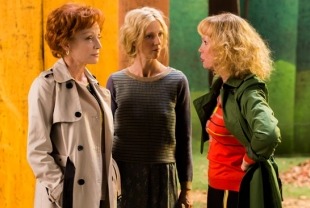