Directed by Damien Chazelle
A mesmerizing drama about the toxic fallout from perfectionism and unbridled ambition.

Andrew Neyman (Miles Teller) is a zealous and highly disciplined drummer who attends the prestigious Schaffer Academy in New York City. With no mother, he sees his laid-back father Jim (Paul Reiser) regularly by going to movies together. His dad is supportive of Andrew's musical talent but is taken aback by the boy's hopes that one day he will achieve the status of Charlie Parker or Buddy Rich. Andrew pushes himself so hard that his fingers bleed all over his drums.

One day, a private practice session at the school is interrupted by the appearance of the legendary jazz teacher and genius Terence Fletcher (J. K. Simmons). He is impressed with what he hears and invites Miles to audition for a top-ranked jazz ensemble. This ruthless, cruel, sadistic, and impatient teacher has sent many of his best students into successful careers. But to win that prize they must submit themselves to his merciless brand of personal criticism and attack. Fletcher justifies this sharp-edged manner of teaching as the best means for getting the best out of his musicians.

Andrew watches as Fletcher uses direct threats, degrading images, snide references to sexuality, and clever put-downs to manipulate and control those under his charge. The modern swing music the teacher loves must be played exactly as he wants it done. He stops and starts the selections and screams out "Not quite my tempo" and soon everyone is squirming in their seats.

When Fletcher turns his abusive attack upon Andrew, the young man is soon drenched in sweat and yearning to flee all the humiliation. Oddly the one tie that binds together the harsh task master and the brilliant and compulsive young drummer is their mutual adoration of perfectionism. They are both willing to do whatever it takes to create flawless and fulfilling jazz music.

The more Miles is pushed and verbally pummeled by Fletcher, the harder he pushes himself in practice. He even breaks off the one romantic relationship he's had with the pretty girl (Melissa Benoist) who runs the stand in the movie theatre. But Fletcher is relentless in his war with Andrew and it ultimately leads to surprising outcome that is of no benefit to either one of them.

Writer and director Damien Chazelle has created a mesmerizing drama that reveals the destructive and toxic fallout from unbridled ambition and perfectionism. Both Miles Teller and J. K. Simmons give Academy Award-caliber performances. The latter is a volcanic presence exploding regularly as he asserts his power and dominance over the musicians who are beholden to him. The key to the Miles Teller character comes in a dinner with relatives where he expresses his arrogance and disdain for all those who lack the will or the genius to reach the highest level of personal achievement. Both men agree that the two most disagreeable words in the English language are "good job." 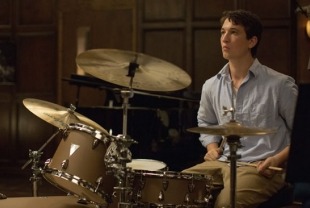 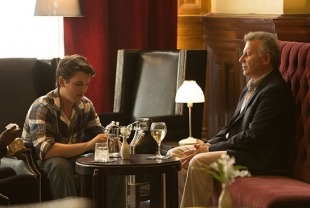 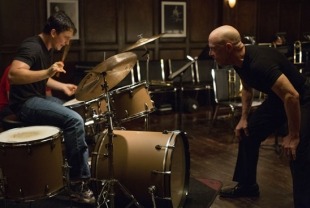 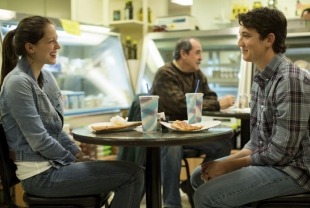 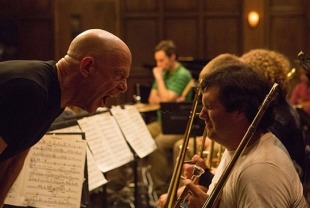