Directed by Jay Craven
The coming-of-age of a patient and resilient boy during his stay with his eccentric grandparents in Vermont.

It has been said that if grandparents did not exist, children would invent them. They entertain us with stories about the past. They are a storehouse of fascinating and sometimes useful information. And best of all, they are good listeners.

In Northern Borders, Austin Kittredge III (Seamus Davey-Fitzpatrick) is sent by his father to meet his grandparents for the first time. His father is out of work, so this may be an extended stay.

Austin Sr. (Bruce Dern) and Abiah (Genevieve Bujold) live in the backwoods of Vermont and have been married 50 years. Yet their relationship is unconventional; they do not speak directly to one another. The patient boy soon finds himself acting as an interpreter between them. He discovers that his grandfather has little respect for his three daughters and his son.

Austin spends plenty of time with this stubborn, anti-social, judgmental, and grouchy old man as he putters around on his small farm and lumber mill. They go hunting, and the boy learns how to use a gun. He patiently listens to the old man's rants and even asks a few pertinent questions. One thing is for sure: his grandfather gives him the best course anyone could get anywhere on ways to relate to difficult people.

Austen earns an A from his oddball grandmother Abiah who loves anything Egyptian and calls her grandson "Tut." She tries to draw out her grandson's nurturing and creative sides. Her competitive streak comes out during the annual maple sugar festival when her syrup is up against her husband's.

Northern Borders is directed by Jay Craven whose Where the Rivers Flow North was another character-driven story set in Vermont. This film is set in 1957 and is based on Howard Frank Mosher's novel in which he celebrates the eccentricities of the people who live in such an isolated place.

Austin is shocked on the first day of school in the area to find that the teacher has been locked in the outhouse. Later he meets his wild aunt who carries a pearl-handled revolver and is said to have robbed a bank years ago and hidden the money nearby. Seamus Davey-Fitzpatrick puts in stellar performance as Austin, a patient and resilient boy who gives love to and receives the love of both his grandparents. 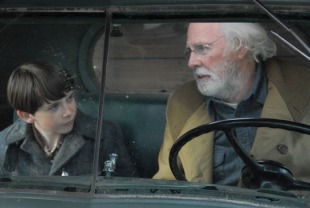 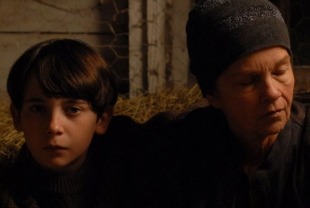 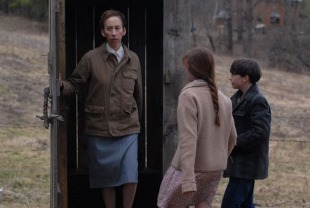