Directed by Michael Radford
Delightful comedy about how an enthusiastic elder draws her depressed 80-year-old neighbor back into the land of the living.

"Old age: the crown of life, our play's last act."

Elsa (Shirley MacLaine) is an exuberant elder who keeps her middle-age son (Scott Bakula) busy patching up various messes she gets into. For instance, when she backs into a parked car, she quickly drives away without leaving her insurance information. The owner of the vehicle is Lydia (Marcia Gay Hardin), the daughter of Fred (Christopher Plummer), an 80-year-old widower who has just moved into the apartment adjacent to Elsa's. Lydia's controlling nature irks her father who has a rather depressing view of humanity and the downsides of aging.

When his best friend (George Segal) urges him to go for a walk in a beautiful New Orleans park, Fred responds by retreating to his bed to rest. "Have you heard of the living dead?" he asks and then adds, "I am that rare case of the dead living." Elsa, the optimist, will not accept that viewpoint. So she regales him with stories of her interesting life and her many adventures. Trouble is that Fred does not know what to believe given her richly developed capacity for exaggeration and flights of fantasy.

"We who are old know that age is more than a disability. It is an intense and varied experience, almost beyond our capacity at times, but something to be carried high."

— Florida Scott-Maxwell in The Measure of My Day


Elsa & Fred is directed by Michael Radford (Il Postino) and co-written with Anna Pavignano as an adaptation of an Argentine film. It is a delight to watch the energetic Elsa single-handedly retrieve Fred and bring him back into the land of the living. Together, they revision elderhood as an intense and varied experience.

"Aging is a stage in life that's especially ripe for us to get free."

Elsa and Fred are both freed by this new relationship. Her favorite movie is Fellini's La Dolce Vita, and she marvels in the scene where Anita Ekberg dances in the Trevi Fountain in Rome and is joined by Marcello Mastroianni. Her romantic yearnings are fed by this famous movie, and Fred not only respects them, he makes them come true. He, in turn, lets go of the past, his cynical view of others, and his cantankerous negativity, becoming a new man before it's too late. 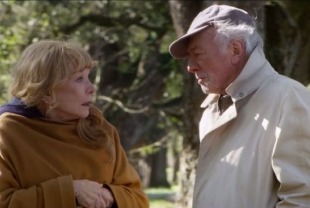 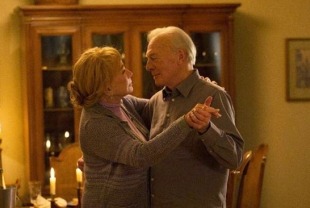 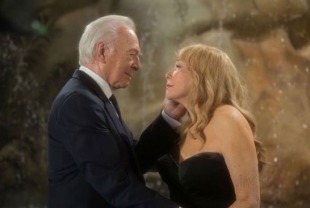