Directed by Ross Katz
A wonderfully cast dramedy about brothers and sisters, growing up, and taking responsibility.

In the opening scenes of this film, Jake (Nick Kroll) is about to launch a breakthrough piece of wearable technology. He is a cocky entrepreneur who has invested a lot of his own money in this project and has convinced his friends to invest as well. But when the deal comes crashing down upon him, he is devastated. Dropped by his girlfriend and cut off from everyone who got burned financially, Jake decides to visit his older sister Justine (Rose Byrne) who lives in the suburbs in their old family house.

She is married to Danny (Bobby Cannavale), and they have a three-year-old son named Teddy (Caleb and Matthew Paddock) who is a handful. Justine, a school teacher, is expecting their second child. She has not seen or heard from her selfish and self-absorbed brother for years. When she finds out he wants to stay several months, Danny comes up with the idea that they pay him $300 a week to take care of Teddy.

Jake starts out his babysitting duties badly by carting the little boy around in his suitcase and then getting distracted while Teddy gets hurt on the playground. But he slowly warms to the task of being a nanny. Of course, a special perk comes when an attractive nanny, Blanca (Paula Garces), selects him for her own sexual pleasure. An encounter with the pariah Paul (Bobby Moynihan) proves to be uncomfortable as Jake is forced to think about all he has lost.

The two siblings do not have much quality time together given how busy she is but they do connect emotionally after watching a home movie of the mother they lost to cancer. It turns out that Jake failed to give his sister the support she needed during this tense period in her life. The houseguest spends more time with Danny smoking pot and they have a few laughs together. But when he sees his brother-in-law coming out of a massage parlor with another woman, Jake has to struggle with the best way of handling this information.

Director Ross Katz has a wonderful cast to work with; Rose Byrne, Nick Kroll, and Bobby Cannavale all shine in this well-done dramedy. Although it would have been more edifying for the screenplay writers, Jeff Cox and Liz Flahive, to have probed a bit deeper to uncover the sources of Jake's refusal to grow up or take responsibility for his actions, the film manages to give us a hazy and ambiguous sense of a young man play-acting at maturity. There aren't enough movies being made about brothers and sisters and the wealth of related themes such as sibling rivalry, birth order, memories of favoritism, fighting and teasing, broken homes, and definitions of a wider family. 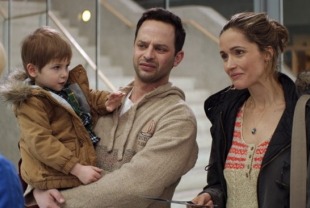 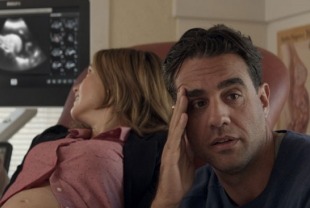 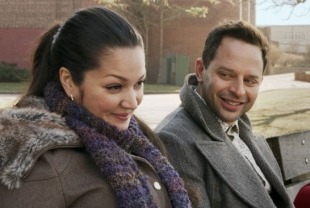 R - language and some drug use