Love and grief are handled as carefully as gourmet delicacies in Ofir Raul Graizer’s stunning debut feature The Cakemaker. Combining all the elements that might make for classic melodramatic fireworks, Graizer and his cast instead opt for muted, naturalistic performances and an even, steady pace. These choices allow emotions to rise quietly, resulting in a deliberately measured tale of loss and connection that feels simultaneously constrained and harrowing.

Berlin baker Thomas (Tim Kalkhof) creates confections that capture the heart of visiting Israeli businessman Oren (Roy Miller) at first bite. Before they know it, the two have moved beyond the bakeshop and into the bedroom, giving in to a passion that appears surprising to them both, and which grows in seriousness over the subsequent year of frequent rendezvous. The catch is that Oren is married, with his wife Anat (Sarah Adler) and son Itai (Tamir Ben Yehuda) awaiting his return to Jerusalem each time he visits Berlin. And when Oren stops returning Thomas’ phone calls, Thomas goes on a search to find him, ultimately winding up at Oren’s Berlin office, where a receptionist reluctantly informs him that Oren has died in an accident in Israel. 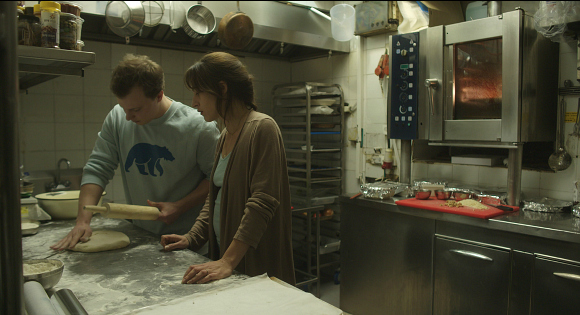 Reeling from this gut punch, Thomas heads off on a journey that even he doesn’t seem to fully understand, traveling to Jerusalem and pursuing connection with the grieving Anat and the aloof Itai. Anat is just returning to work at her failing kosher cafe following a stint of mourning, and Thomas insinuates himself into her life, first showing up at her establishment as a customer, eventually talking his way into a job as a dishwasher, and then inevitably bringing his baking skills into Anat’s kitchen, filling her once-empty dining room with sweets that attract a steady flow of customers, while Thomas’ talents begin to attract Anat to the mysterious artisan himself.

Religious and cultural tensions arise, especially in the meddlings of Oren’s brother Moti (Zohar Shtrauss), who has taken it upon himself to care for Anat and Itai in his brother’s absence and to make certain that Anat’s cafe maintains its kosher certification. Confections crafted by a non-Jewish German don’t fit Moti’s visions for his sister-in-law’s business. His distaste for Thomas sows the first fatal whisperings that there might be more to the German interloper’s story than is immediately apparent. 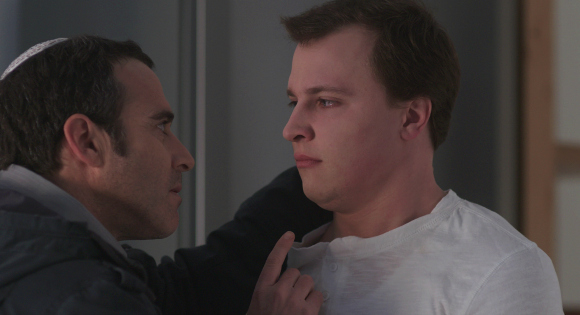 Subtle scenes of the developing relationship between Anat and Thomas unfold toward a climax that feels both inescapable and heartbreakingly tragic. As attachments grow, the threat of hidden secrets bubbles to the surface and, given the subtlety of the performances, burrows deep beneath the skin. This rising danger is juxtaposed with several magical moments between Thomas and Oren’s mother Hanna (Sandra Sade), during which she discreetly reveals more insight into Oren’s double life than she lets on in mixed company. The combination of the situation’s increasing dread and the increasing affection between characters gives the film a melancholic beauty as simple and complex as one of Thomas’ beloved recipes. Whether or not it’s a recipe for disaster remains one of Graizer’s central questions.

Rife with genuine pathos and boasting a coda as mysterious and suggestive as it is heartwarming and hopeful, The Cakemaker is a film that lingers on the palate long after the final radiant shot of a transformed Anat looking at her future with freshly-nourished perspective.