Directed by Mickey Lemle
An extraordinary documentary about the grace-filled life of the bestselling author and spiritual teacher.

Mickey Lemle produced and directed Compassion in Exile: The Story of the 14th Dalai Lama and Hasten Slowly: The Journey of Sir Laurens van der Post. This extraordinary documentary focuses Ram Dass, bestselling author and respected spiritual teacher, who is slowly recovering from a stroke, which he calls "a fierce grace." Lemle has known him for 25 years.

Born Richard Alpert, Ram Dass is the son of a wealthy Jewish attorney and President of the New York-New Haven Railroad. He earned a Ph.D. in psychology from Stanford and went on to become one of the youngest tenured professors at Harvard University. Timothy Leary, a colleague, introduced Alpert to LSD. In 1963, they administered psychedelic drugs to some students and were both fired. Alpert went to India and met Neem Karoli Baba. This Hindu holy man, who became his guru, renamed Alpert "Ram Dass," which means "servant of God."

In 1971, Ram Dass returned to the United States and wrote Be Here Now, the book that has sold over two million copies and is credited with launching the New Age movement. Lemle respects the long journey of his subject as a writer, lecturer, and spiritual teacher. He includes scenes in the film that clearly demonstrate Ram Dass’ caring style as a counselor.

The largest segment of Ram Dass Fierce Grace deals with the teacher’s arduous recovery from a massive stroke in 1997 which left his arm and leg paralyzed and put him in a wheelchair. Dass interprets this trauma as a calling to help others come to terms with death and the debilitations of old age. His book Still Here: Embracing Aging, Changing and Dying discusses the challenges the Baby Boom generation will soon be facing. Mickey Lemle’s fascinating overview of Ram Dass’s extraordinary spiritual journey is a wonder to behold.

The DVD includes 20 minutes of additional footage, a featurette of chant master Krishna Das's "Hanuman Puja" prayer accompanied by a photo montage, and "Hanuman Puja" lyrics in Sanskrit and English. There are also biographies of Ram Dass and director/producer Mickey Lemle, as well as a personal statement by Lemle. 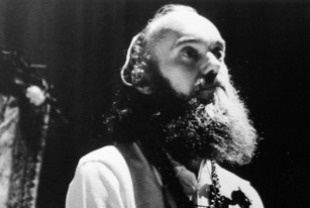 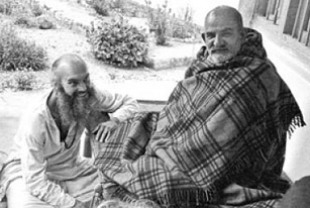