Directed by Ismail Merchant
A well-realized old-fashioned drama about an Indian writer in Trinidad who demonstrates a passion for the possible.

Ganesh (Assif Mandvi) is an Indian teacher in Port of Spain, Trinidad, in 1943 who believes he is destined to become an important writer. After quitting his job, he returns to his village to bury his father. Ramlogan (Om Puri), a shop owner, convinces him to stay on and write his book in the small community. He also persuades the determined young man to marry his daughter Leela (Ayesha Dharker), who shares her father’s money-grubbing ways.

Ganesh soon tries her patience, however, when he spends most of their money on his writing project and ignores her. His first book is titled “101 Questions and Answers on the Hindu Religion.” Ganesh’s wise old aunt (Zohra Segal) stands behind him and finds an entrepreneurial bookseller to get many copies distributed in the villages.

Still unable to make ends meet, Ganesh and his wife decide to present him to the community as the “Mystic Masseur,” a healer and guru dressed in Indian garb. He miraculously cures the son of his well-to-do former landlady. Soon people are coming to Ganesh for help and all this popularity helps sell the new books he writes.

Ismail Merchant (The Golden Bowl) directs V. S. Naipul’s first novel, which has been adapted for the screen by Caryl Phillips. This engrossing parabolic drama asserts that effort is the full measure of a person. Ganesh, despite the muck-ups caused by his bothersome father-in-law, becomes the person he was meant to be since the day he was born. Although he and Leela don’t have children, his books are his offspring.

As he pursues his vocation, Ganesh finds friends and loyal supporters, including a printer, a shopkeeper who spurs on his writing career, and Partap (Jim Mistry), his protégé who helps him enter Trinidadian politics. Mr. Stewart (James Fox), an English expatriot who lives alone while pursuing his spiritual path, is the one person who sees Ganesh’s life in full — as an enfolding drama with its own peculiar twists and turns.

Eventually, the Mystic Masseur is encouraged to build upon his popular support and enter politics. He sets aside his healing work and becomes an elected member of Parliament in Port of Spain. But Ganesh, the country bumpkin and man of the people, feels uncomfortable and a bit of a fraud in the big city on the eve of Trinidad’s independence from England. He wisely accepts his limits and returns home in retirement with Leela, the love of his life. The Mystic Masseur is a well-realized old-fashioned drama about one zealous individual’s passion for the possible. 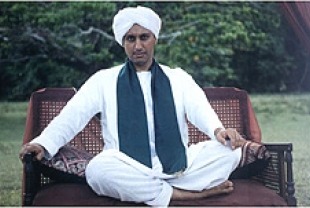