Directed by Timothy Linh Bui
An inspiring and heart-affecting film about the desperate attempts of Vietnamese refugees living in U.S. relocation camps to keep their hopes alive.

In 1975 four refugee camps were set up in the United States to assist in the relocation of thousands of men, women, and children fleeing from the war in Vietnam. Before its closing, the Camp Pendleton Marine Base in California housed over 50,000 refugees. In the opening scene of this powerful and involving film written and directed by Timothy Linh Bui, Minh (Trung Nguyen), an eight-year-old boy, steps over the bodies of sleeping adults in a Quonset hut dormitory and goes outside. There above him is a red, white and blue flag rippling in the wind. He is in a new world.

Minh and his little sister Anh (Jennifer Tran) spend each day looking for their mother as the new arrivals step off the bus into the camp run by Sergeant Jim Lance (Patrick Swayze). He asks Tai Trun (Don Duong), who was a translator for the Army in Vietnam, to serve as a camp manager. This exhausted and burnt-out refugee is the uncle of Minh and Anh. He is afflicted with a bad case of survivor's guilt because he was allotted three seats on the plane leaving the chaos and death of Saigon and he didn’t give his up to his sister.

Trun meets Thuy Hoa (Hiep Thi Le), a seamstress whose elderly father is a South Vietnamese general shamed by the loss of the war to the North Vietnamese. When the old man commits suicide, his daughter uses the occasion to cry out in anger over the American abandonment of its ally.

Meanwhile, Minh finds some relief from his anxiety over the fate of his mother when he's befriended by Addie (Forest Whitaker), the camp's volunteer cook whose special talent for sketches catches the boy's interest. They begin working together on a giant mural on the store room wall. In its center is a giant green dragon who serves as a nurturing figure for all the races of people pictured in the painting.

The refugees in the camp struggle with their dark memories of the pain, suffering, and tragedy of the past. They worry about their loved ones who didn't make it out of Vietnam. And they wonder what kind of future they'll have in this strange new country. One of the most tormented individuals in the camp is a country girl (Kathleen Luong) who has been taken as the second wife by a man whose first wife is pregnant. She must struggle with her feelings when Duc (Billinger Tran), an old boyfriend, resurfaces in her life and offers to take her with him after he gets a sponsor in Kansas. Sergeant Lance and Tran eventually come up with a way to address the fears of the refugees about relocation in America.

There is an Ethiopian legend about the incredible nature of hope. We read it in Joyce Rupp’s Dear Heart, Come Home. A shepherd boy, was forced to spend the night on a bitterly cold mountain. He only had a flimsy piece of clothing to wear. But to the surprise of the villagers, he survived the ordeal and returned alive and well. When asked how he made it through the night, he answered: "The night was bitter. When all the sky was dark, I thought I would die. Then, far off in the distance, I saw a shepherd's fire on another mountain. I kept my eyes on the red glow and I dreamed of being warm. And that is how I found the strength to survive." As Green Dragon so beautifully illustrates, sometimes we all need to find a shepherd's fire on another mountain to keep our hope alive. 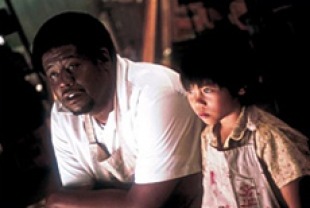 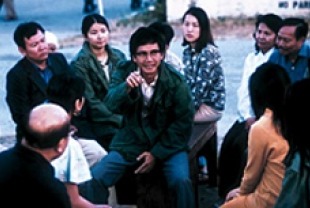