Directed by Neil LaBute
A fascinating romantic drama with parallel love stories set in the Victorian era and modern-day London.

There is a deep part of us that is enthralled with stories about great yearning — whether the subject is lovers caught up in their passions, explorers mapping new territories, or men and women sacrificing everything for their dreams. Possession is a fascinating screen adaptation of A. S. Byatt's 1990 Booker Prize-winning novel that is both a literary detective story set in modern-day London and a parallel romantic drama set in the Victorian era.

Roland Michell (Aaron Eckhart) is an American research assistant at the British Museum who is intrigued by the work of Victorian Randolph Henry Ash (Jeremy Northam), Queen Victoria's poet laureate. By sheer luck, he discovers two love letters from this married man to Christabel LaMotte (Jennifer Ehle), a lesser-known poet. He immediately contacts Maud Bailey (Gwyneth Paltrow), a gender studies academic who is a relative of LaMotte's and maintains her archives. She has always believed that this proto-feminist was in love with her housemate, Blanche Glover (Lena Headey). Roland and Maud decide to find out more about the secret affair between Ash and LaMotte. At her home, they find another cache of letters and then take off to Yorkshire where the two lovers had a four-week tryst many years ago.

Neil LaBute (Nurse Betty) directs this romantic drama which skips back and forth between the Victorian era and the present. Jennifer Ehle, who was so mesmerizing in Istvan Szabo's Sunshine, steals the movie with her incandescent performance as Christabel. The grand passion that leads Ash to stray from his marriage has a palpable reality whereas the intimacy that blooms between Roland and Maud is hobbled by their fears, doubts, and emotional immaturity. For the Victorians, yearning is a fire that consumes them whereas for the modern couple, it is a sputtering flame emitting little light. The sublime poetry used by Ash and Christabel to describe their transports of love is light years away from the contorted and cliched language used by Roland and Maud to get at what they are feeling.

Nonetheless, this ambitious film about yearning does register on the senses and, like the screen version of The French Lieutenant's Woman, it offers some interesting insights into sexual politics in different eras. LaBute and co-screenplay writers David Henry Hwang and Laura Jones make it clear that in matters of the heart it is always best to not to be swayed by the rigors of reason or the complicated meanderings of the mind. 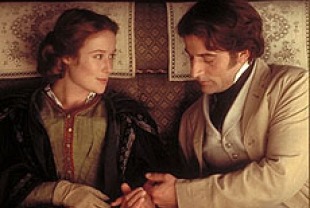 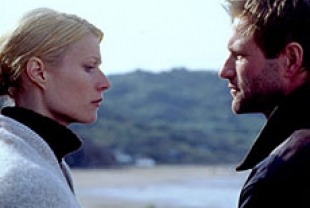