Directed by Trevor Nunn
Focuses on the twists and turns in the giddy game of life.

The story revolves around Viola and Sebastian, twin brother and sister, who are shipwrecked in Illyria, but separated and unaware of each other's survival. She takes the name of Cesario and clad in men's clothing finds favor with Duke Orsino. Although infatuated with him, she is sent to plead Orsino's love to Olivia. This fair woman, in turn, is smitten by Cesario.

Feste, a fool in Olivia's service, uses these romantic happenings as grist for his witty comments on love, male and female relationships, and the dark side of human nature. A subplot centers around Malvolio, a puritanical and pompous steward who is subjected to a hoax by Olivia's uncle, Sir Toby Belch, and his girlfriend. Twelfth Night celebrates the twists and turns in the giddy game of life. 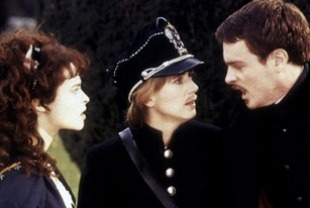