Directed by Michael Moore
Sets Michael Moore loose in fields of satirical wonder where he playfully attacks corruption in politics, greed in corporate hallways, and absurdities in American culture.

Prankster Michael Moore's on top of the world after winning an Academy Award for his irreverent documentary Bowling for Columbine and long run on the New York Times bestseller list with Stupid White Men: & Other Sorry Excuses for the State of the Nation. Those impressed with his feisty and sharp-edged cultural criticism of political chicanery, corporate welfare, and ethical disarray will want to savor all the magic moments on this 4-DVD boxed set that includes two seasons worth — 24 episodes — of his television series.

In an era when most of the media has muted their criticism of what is happening in the nation, Moore plunges into the midst of the moral chaos and brings to the surface the twisted logic and the power plays of the rich and the powerful. His signature "guerilla video" style works well in this 30-minute format that mixes comedy and nonfiction.

Check out "A Cheaper Witch Hunt" where Moore organizes an economically feasible troupe of actors to parade through the corridors of the Capitol on the lookout for "adulterers, fornicators and sinners." In another episode, he takes a choir of former smokers who lost their voices to cancer to sing carols to cigarette executives. Moore also puts it to the tobacco industry in "Joe Camel Needs a Job" where R. J. Reynolds is asked to hire the mascot back so he can continue to peddle cigarettes to children. Moore shows up at the $60 million dollar home of Bill Gates with some appropriate house-warming gifts. And there are many more laughs to be had as this inimitable satirist sets his sights on compassionate conservatives, teens and guns, Dixie flag lovers, the first Gulf War, and Bill Clinton.

This DVD package also includes Moore's exclusive behind-the-scenes reaction to four of his favorite episodes from Season Two, extra Lenny "The Bookie" odds from Season Two not featured in the original episodes, "Moore" Awful Truths, and a Michael Moore biography. 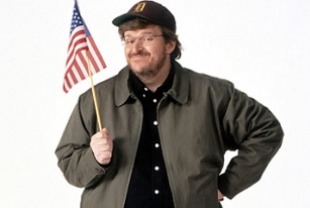