Directed by Chris Hegedus, D. A. Pennebaker
A joyous tribute to soul music with some of the best singers of the 60s and 70s strutting their stuff on stage.

Soul music with its celebration of human resiliency and community is deeply spiritual. This rousing and inspired documentary by filmmakers Chris Hegedus and D. A. Pennebaker showcases stage performances from 1999 and 2000 by some of the movers and shakers of this music scene in the 60s and 70s. Despite their age, they prove to be masters of the medium they helped popularize.

At the heart of this loving tribute to these African-American performers is a celebration of the late Rufus Thomas, known affectionately in Memphis as the other "King" besides Elvis. He is shown reminiscing about his 50-year career while working as an eighty-something DJ on the weekly radio show. On stage, he sings a lively number he made famous years ago, "Walking the Dog." His daughter Carla joins him for a lovely duet, "Night Time Is the Right Time." She also talks in an interview about Stax Records.

Mary Wilson, one of the original members of The Supremes, describes herself as "a well-kept secret." She presents her own version of "Someday We'll Be Together." Wilson Pickett, known as "the Wild Man of Soul," belts out his classic "In the Midnight Hour." Isaac Hayes does his hit "Shaft." Ann Pebbles gives a stirring rendition of "Breakin' Up Somebody's Home." And the Chi Lites, who have been performing together for 30 years, demonstrate the basics of their windy city sound.

But the two most soulful performances are given by Jerry Butler and Sam Moore. Butler was nicknamed "Ice Man' in 1959 by Philadelphia radio personality Georgia Woods for his "cool as ice" delivery and effortless style. Now a Cook County Commissioner and head of the Rhythm and Blues Foundation, he gives a spirited rendition of the film's title song "Only the Strong Survive." Moore, half of the successful duo Sam and Dave, proves that he still is the consummate showman with his jubilant rendition of "Soul Man." It is a real pleasure to watch these veteran performers strut their stuff with such enthusiasm and ardor. 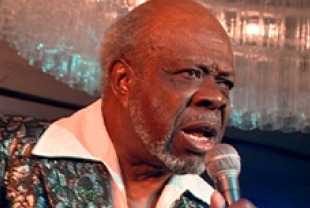