The Heart of Me

Directed by Thaddeus O'Sullivan
A well-realized English film about two powerful forces: the shattering consequences of adultery and the healing nature of forgiveness.

Madeleine (Olivia Williams) is a beautiful but repressed woman married to Rickie (Paul Bettany), a successful businessman. It’s 1934, and they live in a fashionable neighborhood in London. Madeleine's sister Dinah (Helena Bonham Carter) is an unsettled bohemian with liberal political ideas and a love of poetry and art. Following the funeral of their father, their mother (Eleanor Bron) says that he was proud of Madeleine but Dinah made him happy. Rickie is attracted to the independent streak in his sister-in-law, and one day when she decides to take a walk in the rain with no umbrella, he looks at her with a yearning in his heart. It is her passion for life and her disregard for social convention that stirs his libido.

When Rickie learns that Dinah is engaged to marry a dullard, he makes the forceful order to her in private that she break off the relationship. Madeleine is very upset with her sister, regarding this relationship as her one chance to find a place in society and not be seen as an embarrassment. Rickie helps Dinah get set up an apartment, and they begin a passionate love affair which results in her pregnancy. At one point, she shares with him a favorite quotation from a poem by William Blake: "And throughout all eternity / I forgive you and you forgive me." Neither has any idea what a major role that sentiment will play in their family circle.

Thaddeus O'Sullivan directs this somber drama from a screenplay by Lucinda Coxon based on the 1953 best-seller "The Echoing Grove" by Rosamond Lehmann. The story leaps ahead to l946 revealing some startling developments resulting from the affair that has set sister against sister. Olivia Williams is very convincing as the socially proper Madeleine, a woman whose life turns sour with anger and resentment against the primal betrayal of her by Dinah. At first, she extracts revenge but then over the years, she mellows and realizes there is another option.

This well-realized English film explores two powerful forces: the shattering consequences of adultery and the healing nature of forgiveness. "Without forgiveness, life is governed by an endless cycle of resentment and retaliation," Robert Assagoli wisely observed. It is very difficult to soften toward those who have brought us down and caused great suffering in our lives. When we can see that we are all flawed and vulnerable human beings, it is easier to release the heavy burden of hatred and initiate a reconciliation. Watching Madeleine open her heart toward her sister is the best part of this film. It is both a precious gift and an enlightening experience. 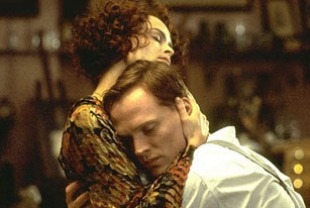