Directed by Jack Leustig
An engrossing documentary charting the history of hundreds of Indian nations from pre-Columbian times to the Battle of Wounded Knee in 1890.

This monumental, edifying, and engaging DVD release presents the CBS documentary telecast hosted by Kevin Costner and narrated by Gregory Harrison. It charts the history of hundreds of Indian nations beginning in pre-Columbian times and ending with the Battle of Wounded Knee in 1890. The eight parts are:The Ancestors: Early Culture of North America; Mexico, Clash of Cultures, Invasion of the Coast, Cauldron of War, Removal, Roads Across the Plains, and Attack on Culture.

Standing up against the greed, treachery, and slaughter of their people by whites are such Indian leaders as Sitting Bull, Crazy Horse, Geronimo, and Nez Perce Chief Joseph. Director Jack Leustig uses computer graphics, detailed matte paintings, interviews, location filming, and a vast array of artwork and photographs to capture and convey the diversity of Native American history, culture, and lifestyle. This video series boldly recasts history in a fresh light by telling the diverse stories of Native Americans.

This release also includes a CD-Rom with more than 2000 images and dozens of animated sequences, including fly-throughs of 3-D computer-generated renderings of ancient Indian cities and recreations of significant historic events. A colorful atlas and easy-to-use toolbar allows easy access to the events, people, and places in this remarkable history. 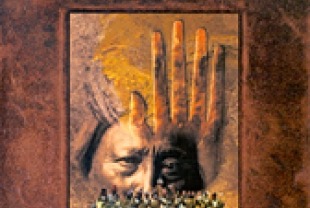