My Life Without Me

Directed by Isabel Coixet
A young woman who is forced to number her days and to fill them with as much meaning as she can.

Religious writer Diarmuid O’Murchu has written: "Our culture is engulfed in necrophobia, an irrational fear of everything to do with death. We invest many personal resources in warding off our fear of death, leaving us with depleted energy to engage in life’s real concerns."

Movies are part of this pattern of avoidance, and it is rare that we see one that is focused totally on the process of dying. My Life Without Me does just that; it is written and directed by Isabel Coixet based on "Pretending the Bed is a Raft" by Nanci Kincaid. This unusual drama zeroes in on a young woman who is forced to number her days and find the most meaningful ways to spend them.

Twenty-three-year-old Ann (Sarah Polley) lives in a trailer in the backyard of her mother’s suburban Vancouver home with her husband, Don (Scott Speedman), and her two young daughters. He has just gotten a job fixing swimming pools, and she labors on the night shift at the university cleaning classrooms. Ann’s mother (Deborah Henry) is a depressed and lonely woman who spends a lot of time watching old movies on television. Ann’s father (Alfred Molina) has been in jail for ten years and doesn’t keep up with her.

After collapsing one night, she goes in for a medical check-up and finds out from a nervous doctor (Julian Richings) that she is dying of cancer and has only a few weeks to live. Ann is shocked by the news and decides not to tell anyone about her condition. Although this strategy may seem unbelievable to many viewers, it does enable us to see that everyone dies in his or her own way and there is no right way to journey on this burdensome path. First off, Ann makes a list of things to do before she dies. Among them are to record birthday messages for each of her daughters through their eighteenth birthdays, visit her father, change her hairstyle, smoke, and drink.

Perhaps the most unusual thing on the list is to get someone other than her husband to make love to her. Ann loves Don, but she married him at 16, had one child at 17, and another at 19; she wonders if perhaps she has missed something. Lee (Mark Ruffalo), a quiet and awkward land surveyor on the rebound from a failed relationship, fills the bill nicely. Her last task is perhaps the most daunting. She wants to find Don a new wife and her daughters a good mother. An old friend (Amanda Plummer) and a new one (Lenor Waitling) are possible candidates.

Throughout this touching story, Ann never succumbs to either denial or self-pity. Dying is unexpected and never welcomed but she faces it head-on. Because she doesn't expend energy warding off death, she is free to embrace what moments of life she has left. In the time available to her, this caring and thoughtful person makes peace with her existence and tries in her own special ways to cherish the beauty and preciousness, the manifold blessings and the small pleasures, all around her. 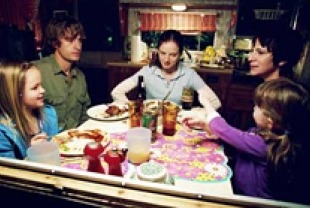 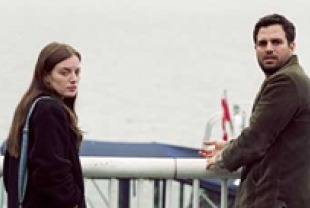