Directed by Krishna Shah
A touching family drama, an exploration of black identity, and a moving parable about love.

Joseph A Walker's award winning 1972 play is rich in both theme and characterization. It is at once a touching family drama, an exploration of the meaning of black identity, and a moving parable about the nature of love. Although the language is quite gritty and the story line at times untidy, The River Niger possesses a blazing intensity which sets it above and beyond other naturalistic dramas of its kind

Johnny Walker is a middle-aged Los Angeles house painter. Somewhat frustrated by his station in life, he expresses blocked feelings through the verse he writes: "Poetry is religion, the alpha and omega, the cement of the universe, the supereye under which every other eye is scrutinized, and it stretches from one to infinity, from bullshit to the beatific, the rocking horse of the human spirit — God." In his spare time, Johnny philosophizes with his best friend Dr. Dudley Stanton, a cynical physician who doesn't share the poet's need to find a battlefield where he can demonstrate his love for black people.

The theme of individuals searching for an appropriate battlefield is one of the axial lines of the film. Johnny constantly exercises his senses and his imagination, stating in one poem: "I want a muscle-bound spirit." His hardworking wife Mattie also has a testing ground. She must reach within herself and find the faith to carry her through the rest of her life saddled with the pain of incurable cancer. And finally, their son Jeff seeks the proper arena in which to take his stand. Just returned home with the news that he has dropped out of the Air Force, Jeff makes it known that he will not be shaped by others' expectations. He defies his father's dream for him (the military) and his friends' scheme (to be part of their black revolutionary cadre) with the decision to study law and marry Ann, a nurse. Only Grandma Brown remains aloof from any battlefield. She's made her peace with God and a pact with booze.

Angered by Jeff's decisions, Johnny goes on a drinking binge. He comes home a week later and says that he's been out in "the desert, like Christ, talking to myself" and wrestling with the Devil. It is an apt Biblical metaphor, especially in light of what follows. As a tribute to Mattie's unflinching love for him, Johnny writes a poem entitled "The River Niger":

The river symbolizes the spirit of black identity in all ages. Love is the flow that saves the world. When Jeff's friends use the Williams's house as a hideout from the police after a shooting, Johnny's poem becomes a deed rather than a thought. The philosopher/poet's heroic act is a legacy to Jeff and a sacrifice for the black race's cause of liberation. Johnny finds his battlefield at last.

The performances in this film of The River Niger are superlative. First and foremost, there is the passion and convincing depiction of Johnny by James Earl Jones. The vulnerability, strength, and humanity of the man register impressively. Cicely Tyson brings to the role of Mattie an understated yet persuasive power. Lou Gossett is excellent as Dr. Stanton, the decent and understanding friend. Glynn Turman's portrayal of Jeff sizzles with an urgency and a beauty all its own. Also good in support are Roger E. Mosley as the gang leader, Jonelle Allen as Ann, and Hilda Hayes as Grandma. These sharply realized characterizations are further enhanced by the tight direction of Krishna Shah and the music of War. 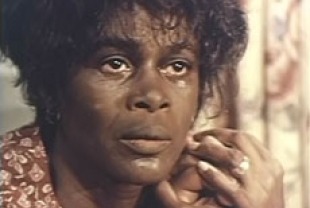 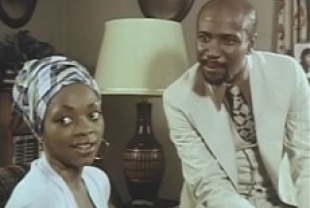